Artorius has firmed into a $4.50 second-favourite for the Group 1 July Cup (1400m) next month on the back of a sensational first-up performance at Royal Ascot on Saturday.

Vinery partner Greg Perry, who bred Artorius and retained a 20% share after selling him at the 2020 Gold Coast Magic Millions, said the colt has pulled up perfectly after a fast-finishing third in the Group 1 Platinum Jubilee Stakes (1200m).

“Sam Freedman told us Artorius knew he had been in a race, however, he recovered quickly and is in good order.  He’s having a light week and that should have him right on track for the July Cup.”

Perry visited Bedford House Stables at Newmarket on Sunday and confirmed the colt looked lovely unwinding on the green grass with the sun on his back.

Artorius is on the second-line of markets behind $4 favourite Perfect Power (Ire) who won the Group 1 Commonwealth Cup (1200m) at Royal Ascot on Friday.  Godolphin’s Platinum Jubilee one-two Naval Crown (GB) and Creative Force (Ire) are next in line at $7.

Sam Freedmam, who trains in partnership with his father Anthony, declared Artorius ran an absolute blinder.  He dead-heated for third, beaten a neck and half-length, with Champion USA mare Campanelle (Ire).

“He was super.  Jamie (Spencer) said he was like a rat running up a drain pipe.  There was barely a gap there but he put his head through and has done us all proud.

“Newmarket is a different track to Ascot but it will be a stiff finish again for the July Cup.”

Artorius is a son of Flying Artie from Redoute’s Choice mare Gracie’s Lass.  “His second-dam Grace And Power is by More Than Ready and I bought her in Kentucky in 2009,” Perry recalled in a recent interview.  “She foaled Delectation to Shamardal first-up and he won the Group 1 Darley Sprint Classic in 2015.

“Gracie’s Lass was her second foal but she was born prematurely and never raced.  I thought she might be viable as a broodmare after seeing her running in the paddock one day with her short little legs.  Now she’s produced a Group 1 winner for the family and so far, so good.”

Gracie’s Lass has foaled colts by Written Tycoon and Deep Field in the last two seasons and she was bred back to Flying Artie on a November cover last year.

Perry also breeds from Grace And Power’s younger half-sister La Sevena (Congrats).  Her 2yo is an unraced Vancouver filly named Nekoosa with Brett Cavanough and her latest foals are a yearling colt by Deep Field and a weanling filly by American Pharoah.

As for Grace And Power, she is rising 18 and has been a difficult breeder in recent years but Perry isn’t complaining.  “I’m breeding from three of her daughters and their offspring.  I try and develop families so it’s been quite rewarding.”

More rewards await Artorius at Newmarket on July 9 although the Aussies are overdue.  Our last raider to win the July Cup was Starspangledbanner in 2010. 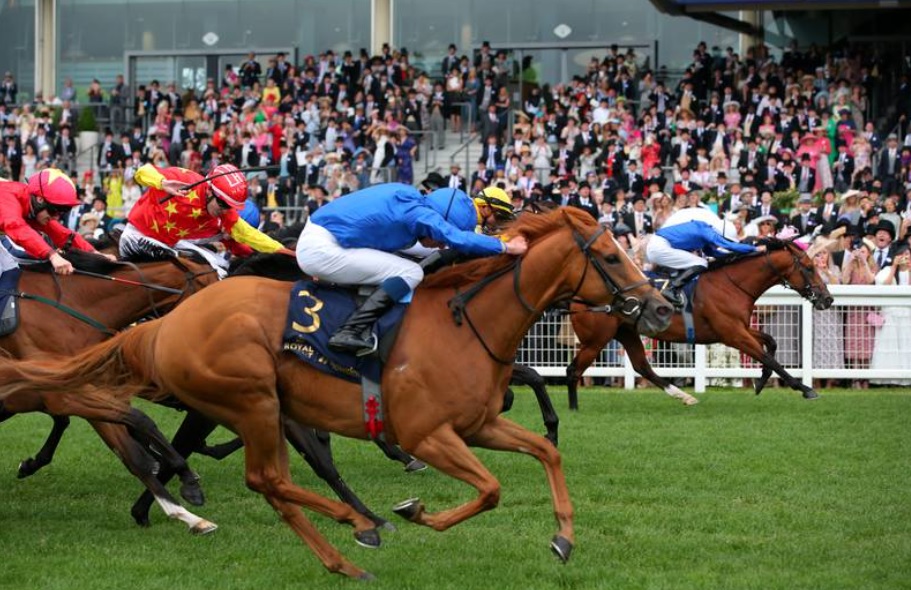