Westspeed breeders had links with five winners in Hong Kong on Sunday starting with Turf Brilliant in the opening race at Sha Tin.

Turf Brilliant is a son of new Geisel Park sire Manhattan Rain and he returned to form with a narrow victory in the Ruby Hcp (2000m) for trainer Chris So.  Originally with Bjorn Baker at Warwick Farm, he was purchased by Dr John Shum & Dr Lawrence Chan and had opened his off-shore account in December 2020 at Sha Tin.

Lucky Eight (Pride Of Dubai) was next to salute in the Spessartine Garnet Hcp (1200m) for trainer Ricky Yiu.  He had been pin-hooked out of the Western Breeders Alliance draft (as agent) at the 2020 Perth Magic Millions for $80,000 and toured the sale-ring again later that year at the Magic Millions 2YO Sale when Yiu bid $200,000.

Lucky Eight’s raw ability was there for all to see when he cruised to victory on debut under Karis Teetan.  “He reminds me of Amber Sky and will go close to what that horse achieved,” Yiu claimed.  “He’s got a very good mindset which is most important for a sprinter.”

Lucky Eight was bred by Ian Riley at Woodbridge Thoroughbreds and his dam Hussy Five Oh (Husson) has a Magnus 2yo filly named Magnalee with David Harrison.  The mare has another filly foal by Magnus and her latest cover was to Rommel in November last year.

California Vanes (Hinchinbrook) stepped up to win Race 3 for trainer Tony Cruz and champion jockey Zac Purton.  He’s the final foal of Miss Vandal (Don’t Say Halo) who was bred by Lex and Shirley Piper to win the G3 WATC Sires’ Produce Stakes (1400m) back in 2001.

Eight Trigrams, who improved his record to 6 wins in 40 starts for David Hall in the Emerald Hcp (1200m), was catalogued for the 2017 Perth Magic Millions by Mogumber Park but was withdrawn prior to the Sale.  His dam Demandehere (Dehere) is a Flemington-winning half-sister to Theatre (Roi Danzig) who stood in WA from 2001 until 2014.

Beauty Joy (Sebring) climaxed the WA connection as an even-money favourite in the G3 Premier Cup (1400m).  Ridden by Purton for Cruz, he blew away a class field with a booming finish after being detached from the field by at least five lengths in the early stages.

“Zac told me the horse wasn’t stretching out until he gave him a smack on the turn,” Cruz said.  “It literally ignited him and he came home at 100 miles an hour!  I will set him for the (G2) Jockey Club Mile in November and then go for the (G1) Hong Kong Mile in December.”

Beauty Joy raced as Talladega in Perth where he was bred, part-owned and trained by Impressive Racing’s Darren McAuliffe.  He was unbeaten in four starts culminating with a Listed victory in the J C Roberts Quality (1800m) at Ascot in 2020 before changing hands for AUD1.40 million.  He’s already repaid that amount with 5 wins in 9 starts for earnings of AUD1.58 million. 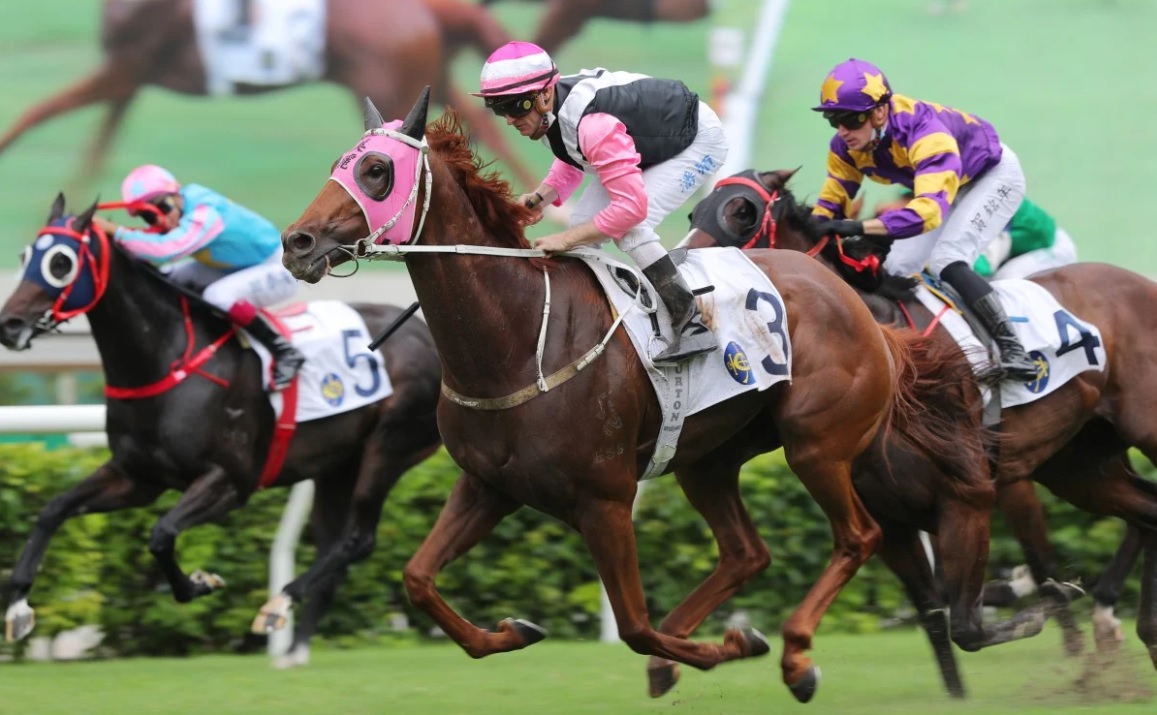