Trainers like Karen Buchanan have embraced the new Midway racing concept and so has Vinery sire Casino Prince.

They combined to win the $100,000 Midway Hcp (1800m) on Saturday with Casino Mondial who launched a late bid to beat Tochi by a neck at Randwick.  He had won a Rosehill Midway in August and Casino Prince mare Our Bellagio Miss also completed a Midway double for trainer Greg Hickman in July.

Racing NSW created the Midway model to build the competitiveness of small to mid-sized stables and to further develop the field sizes and quality of city racing.  “It’s my goal to capitalise and win a good few of them,” Wyong-based Buchanan said.  “I figured out a lot about this horse last preparation and I’m looking forward to getting him out to a trip this season.

“The current owners bought Casino Mondial back from an Inglis Digital Sale last season and he stayed in my stable because they think he’s perfect for the Midways.”

Tough, strong and sound, Casino Mondial was only offered to dissolve ownership due to a deceased estate.  He was a Country Championships qualifier in 2020 and Saturday’s win sent his earnings to $287,975 for a partnership managed by Ken Williams.

He was bred by Edinburgh Park’s Ian Smith and is the first foal of Canterbury winner Mondial Dame (Honours List).  The mare has a yearling colt by Casino Prince at Davali Thoroughbreds and was bred back to Press Statement last year.

Buchanan also trains Press Statement’s promising galloper Oakfield Arrow who is a half-sister to Group 3 winner Winter Bride.  Given time to mature, she won a Muswellbrook maiden earlier this year and kept progressing for a Grafton Guineas placing in July. 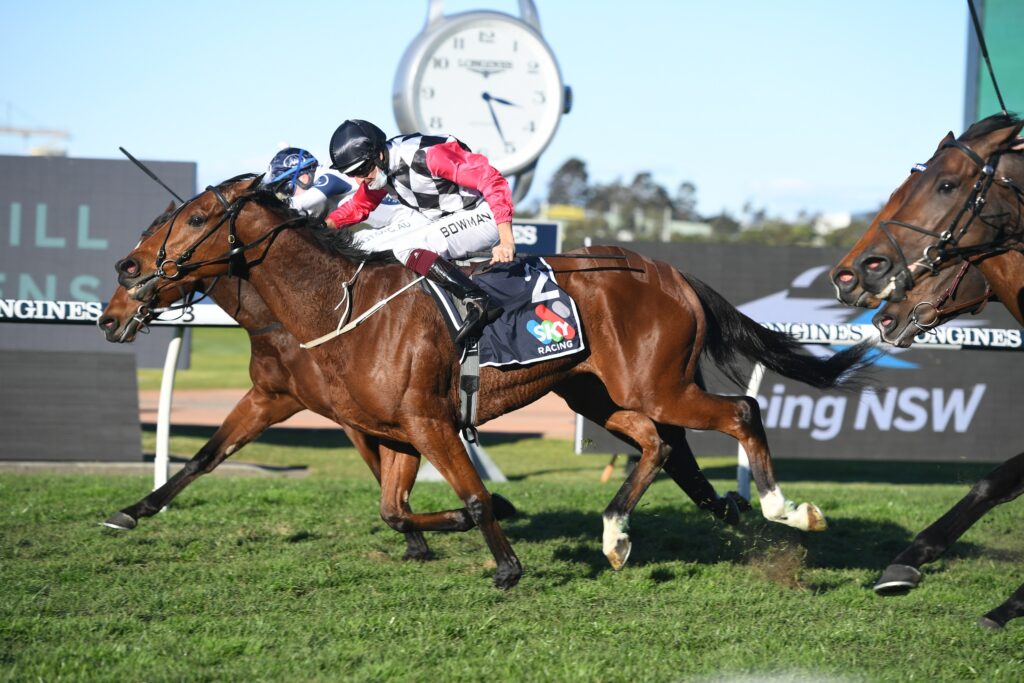