If ever a horse deserved to break back into black-type ranks, it was the Blackfriars gelding on Saturday.  He hadn’t saluted the judge since a running double in the 2019 Hannans Hcp and Northam Cup but was knocking on the door after seconds in the Belmont Newmarket and Idyllic Prince Stakes last month.

Tellem We’re Comin took over from front-runner Trap For Fools at the top of the straight and then fended off a late charge from odds-on favourite Notorious One.  “It was a 10-out-of-10 ride by Brad (Rawiller),” trainer Dan Morton confirmed.  “You expect that from a guy like him and he had to waste to make 55kg.”

Owners Elio, Jacquie, Troy and Chanelle Galante transferred the proven galloper to Morton for this campaign and he wiped the slate clean removing blinkers, lugging-bit and tongue-tie.  Morton prepared 2009 Australian Horse of the Year Scenic Blast for the same connections.

“It’s a luxury getting such a good horse and I’m thankful to the Galantes for the opportunity.  They don’t land in your lap every day.”

Scenic Lodge legend Blackfriars sired his first Farnley winner with Mansion House in 2007 and it was Tellem We’re Comin’s second crack at the race after finishing fourth to Neurological in 2019.

Blackfriars sired him from Bonny Bonny (Bletchley Park) who won a dozen races in Perth and Kalgoorlie sporting the Galante family’s familiar Dark Blue and Gold colours.  Her latest foal is a yearling filly by Snippetson.

Tellem We’re Comin is one of 44 stakes winners by Blackfriars (Danehill).  He has also sired more individual winners than any other sire based solely in WA.  Last week’s maiden winners Henchard (Northam) and Black Melody (York) took his tally to 549. 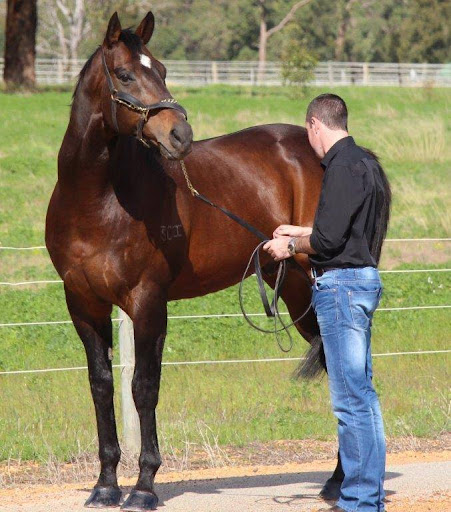