Oakland Park has won four races in the last month with its 2yo homebreds Top Of The Pops and Tiffany Street.

Both unbeaten youngsters are prepared by Dan Morton.  Top Of The Pops (Spirit Of Boom) was first cab off the rank at Pinjarra on April 13 before Tiffany Street (Street Boss) chimed in at Ascot on Anzac Day.

Top Of The Pops franked his debut win at Ascot on April 30 and Tiffany Street chimed in for her second Ascot victory in the Belhus Racing Stables Plate (1100m) on Saturday.

Tiffany Street is by Darley sire Street Boss (USA) who transferred from the Blue Army’s Victorian base to its NSW headquarters at Kelvinside last year.  His service has also increased year on year from $27,500 in 2020 to $77,000 in 2022.

“She got a good cart into the race today and the benefit of race experience probably made the difference,” Morton claimed on Saturday.  “She a professional filly although she did have barrier issues early on.  My team corrected those problems and hopefully that’s all behind her now.”

Tiffany Street is the first foal of Necklet (Snitzel) and the Street Boss – Snitzel cross has a perfect record with five to the races headed by Pinstriped in this year’s G3 C S Hayes Stakes (1400m) at Flemington.

Necket won at Ascot and was Stakes-placed at Belmont.  She has a yearling filly by Street Boss and was bred back to Darley’s Group 1 Shamardal stallion Blue Point (Ire) last year.

“She’s a nice galloper and we received a good run one-out and one-back,” winning jockey Chris Parham said.  “She toughed it out and with maturity will come back a much better 3yo.” 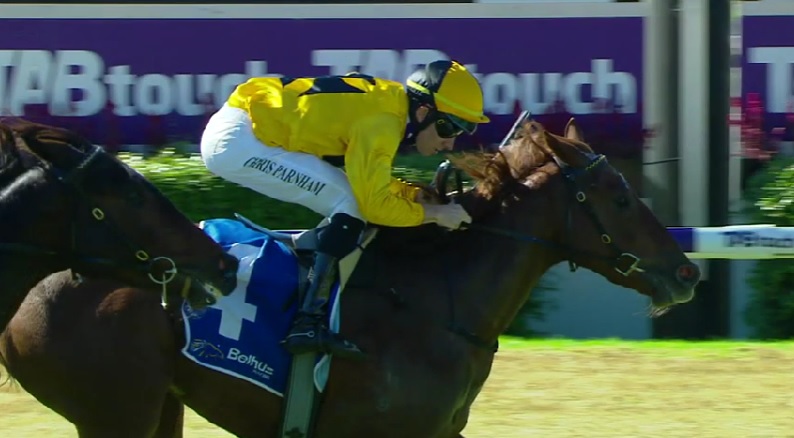