Flemington trainer Steven King believes Southern Front’s victory at Pakenham earlier this week can be the springboard for a rise through the ranks this campaign.

The promising 3yo gelding by Manhattan Rain won an Echuca maiden on New Year’s Eve and signalled better things to come with a first-up second to boom galloper Inundation (Headwater) a fortnight ago.

Southern Front went right on with the job despite shouldering 63kg less a claim for apprentice Hannah Edgley in the Sportsbet Hcp (1200m) on Tuesday.  “It was a great ride by Hannah,” King said.  “She got him into a good spot and took all the right splits in the straight.

“He’s a good horse this bloke and will go up in the ratings so we will look for something stronger now.”

“I followed the right horse into race but I wasn’t sure whether to pop out early or wait for a run through the field,” Edgley admitted.  “When the gap appeared, he didn’t hesitate and it saved the day for me.  It got a bit tight and I had to yell out ‘I’m coming through’ to Patty (Maloney).

“He’s super brave and has an electric turn of foot.”

Manhattan Rain (Encosta de Lago) covers his first WA book at Geisel Park this season on the back of a stud career that has already produced 201 individual winners.  His leading WA-based galloper has been Speeding Comet who has won 9 races and $400,000 to date. 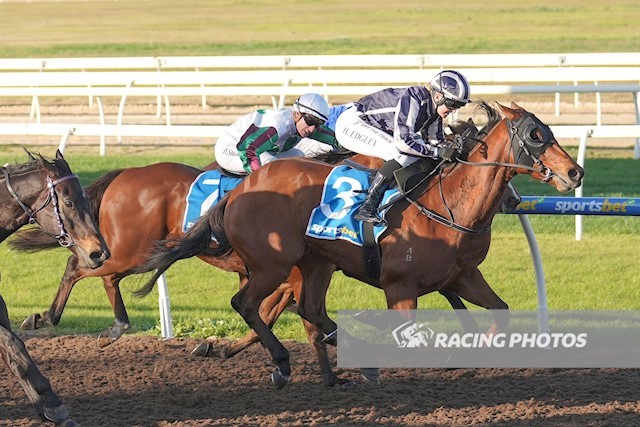