Anthony Cummings is taking it step-by-step towards the spring carnival with his promising 3yo Tristate.

That approach was seen to advantage again on Wednesday when the Headwater colt scored by three lengths eased down in the Vinery Hcp (1100m) at Gosford.  He was coming off another dominant display first-up at Randwick last month.

Tristate has several black-type options, however, stable rep Jonathan Crowley wouldn’t be drawn on any particular target yesterday.  “We will see where he goes from here.  Anthony has always rated him highly and has given him time to come into himself.

“He’s versatile, professional and has a great temperament.  He’s improved off that last win and looks an exciting prospect.”

Tristate was a $150,000 purchase out of the Glastonbury Stud draft at 2020 Inglis Classic Yearling Sale.  Bred by a partnership that includes John Johnstone (Packaging Investments) and Duncan Grimley (Stud Consultants), he’s the sixth winner from Jahre (Encosta De Lago) and among that half-dozen is Queensland Stakes performer Blazing Miss.

Vinery stallion Headwater was Champion Australian second-season sire in 2020-21 and his chief earner Jamaea returned to Group 2 winning form in the Furious Stakes at Randwick on Saturday.  Trainers Rob and Luke Price are considering a clash against colts in the Golden Rose Stakes Gr.1 on September 25.

The Prices are also prepping a Headwater 2yo colt bred by Tony Shadforth.  He’s a Magic Millions graduate from Black ‘N’ Tough who won two Stakes races in Tasmania and added a mainland victory at Moonee Valley.

The next Headwaters to go under the hammer have been catalogued for the Inglis Ready2Race Sale at Riverside Stables on October 12.  He has four colts entered including Lot 65 from Vincent & Field Bloodstock who is bred on the same Encosta de Lago cross as Tristate. 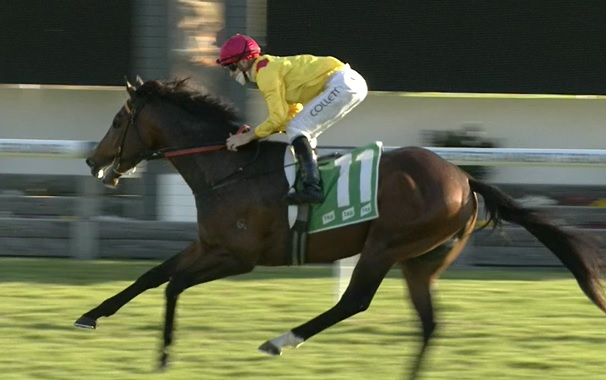