Supreme Heights can get her spring preparation off to the best possible start in the G2 Foxbridge Plate (1200m) at Te Rapa on Saturday.

The Group 3 winning daughter of Jimmy Choux (NZ) will appreciate the Slow 7 going that was posted on Friday.  She was last seen winning a Te Rapa trial over 1050m on August 16.  “I was happy with that hit-out,” trainer Mark Brosnan said.  “We were just giving her a bit of a blow.  She seems to be doing well and her coat is starting to move.”

“She can go on a Dead track but I wouldn’t want the track to be too hard at Hastings,” Brosnan added.  “In that company, I think a rain-affected track would bring her right into the race.”

Fastnet Rock’s champion mare Avantage (Aus) has opened a $1.80 favourite for the Foxbridge Plate and Tavi Mac ($3.60) is the only other starter in single figures.  Supreme Heights is on the third line at $12.

Three-time Jimmy Choux Group 1 winner The Bostonian has been retired after failing to recover from a fetlock injury.  “He owes us absolutely nothing and we wanted to look after him after the vet’s concerns,” trainer Tony Pike said.  “He’s a happy horse and is going to have a nice life with his owner David Archer at Karaka.”

The Bostonian earned $1.68 million in Australia with Group 1 victories in the Doomben 10,000, Canterbury Stakes and Kingsford-Smith Cup.  He bows out as the leader among Jimmy Choux’s 114 individual winners ahead of Supreme Heights, Two Illicit (G2 Waikato Guineas) and Manolo Blahniq (G2 Eclipse Stakes).

Jimmy Choux (Thorn Park) is covering his third book at Roselee Park in Serpentine this season at a $4,950 (inc GST) fee.  Among his first WA-bred yearlings are the half-sister to The Celt (G3 Scahill Stakes) and the half-brother to rising Hong Kong star Sight Success (Magnus). 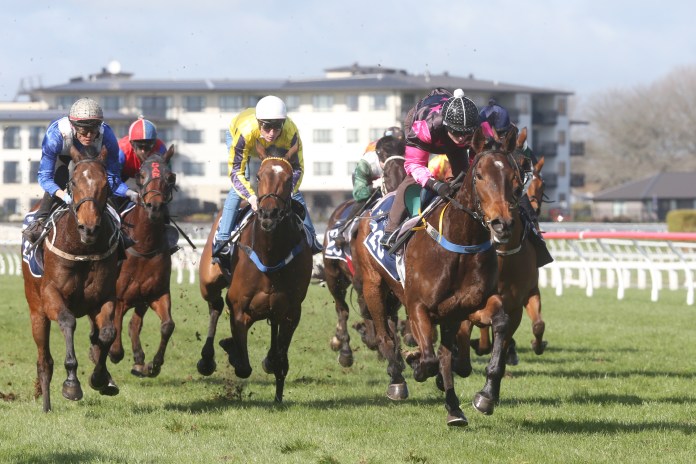