Star Turn sired the 30th individual winner from his first crop when True Nobility scored a trouble-free victory in the Fishers IGA Plate (1100m) at Hamilton on Saturday.

Two hours later, the Vinery stallion was represented by his 6th black-type performer when Max Fire was touched off in a three-way photo-finish to the SAJC Hill-Smith Stakes LR at Morphettville.

True Nobility (3g Star Turn – Hemingway Rules by Hemingway) is trained by Peter Chow at Warrnambool and was racing first-up since a sighter on debut at his home track in May.  He was keen to go faster behind the speed but was held in check by Jason Maskiell before cutting down front-runner In Her Stride (Stratum Star).

“That was a great effort and Jason was patient.  He rode perfectly to instructions,” Chow said.  “He’s the first horse for most of the owners and I only wish they could have been on course to watch the win.”

True Nobility was bred by Musk Creek Farm’s David Kobritz in partnership and was a $25,000 buy for Chow at the 2020 Inglis Melbourne Premier Yearling Sale.  He’s from a half-sister to Man Of Illusion (Encosta de Lago) who clocked a class-record at Doomben before transferring to America where he won a Group 3 Sprint at Churchill Downs.

Star Turn (30) leads Capitalist (27) for career winners among our second-season stallions ahead of the Magic Millions 2YO Sale at the Gold Coast on Monday, November 8.  He has six lots entered from Baramul Stud including the half-brother to Chaillot (Lot 126).  The Testa Rossa mare can upgrade the catalogue page again in the VRC Empire Rose Stakes (Gr.1, 1600m) at Flemington on October 30. 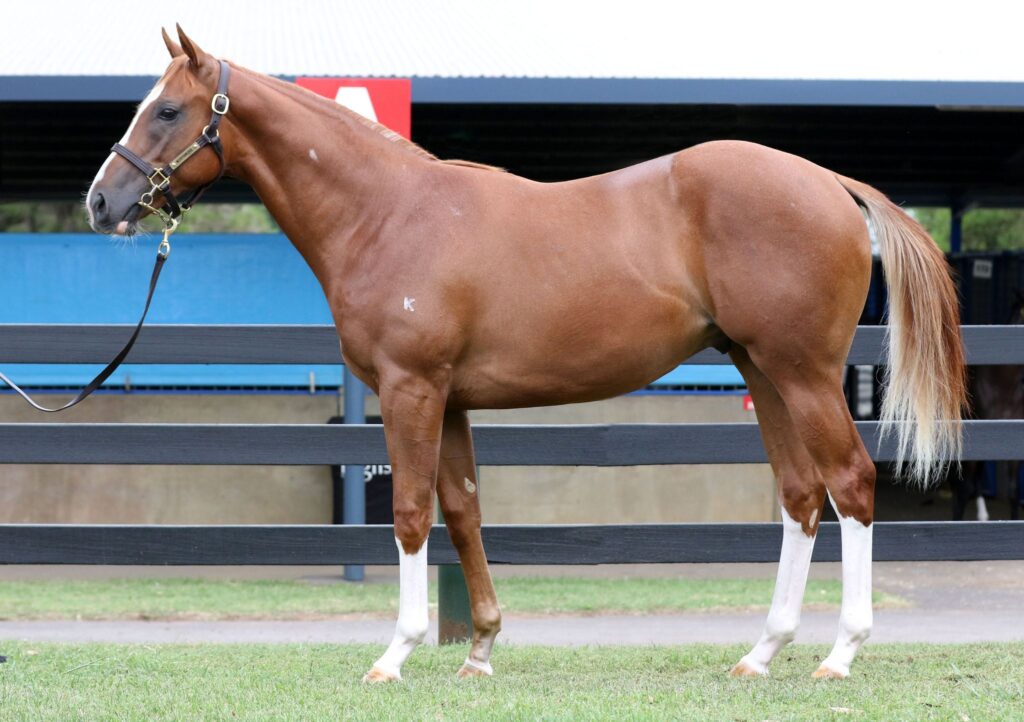