Magic Millions drew the curtain on its marathon National Sale on Thursday following record-breaking returns for vendors on the Gold Coast.

Total turnover exceeded $140 million and the average for foals, mares, yearlings and racehorses was an all-time-high $89,039.  The overall clearance rate was 83%.

“The results are phenomenal,” Magic Millions Managing Director Barry Bowditch said.  “So many people have played their part in making this year’s National Sale such a success including the Magic Millions team who stepped up to the plate with incredible dedication.”

Federation of Bloodstock Agents Australia (FBAA) members figured on the leaders-boards during all 9 sessions.  Boomer Bloodstock’s Craig Rounsefell topped the Weanling Sale with a $650,000 Fastnet Rock colt and he remained active right through to a $52,500 Fighting Sun filly at the Yearling Sale.

Magic Millions reported the FBAA suffix appeared on more than 100 lots at the Broodmare Sale with Boomer Bloodstock again prominent with 12 lots for various clients.  “You have to be prepared to step up in this market,” Rounsefell claimed.  “Our clients included Daandine Stud, Yarraman Park, Peter Murray, David Kobritz and David Pascoe & Heather Brown buying mares for Spirit of Boom.”

Topping the dozen was Hinchinbrook’s 4yo mare Flying Jess at $540,000.  She won a G3 SA Sires’ Produce Stakes and RL Gold Coast Guineas for Prime Bloodstock.

Sheamus Mills Bloodstock bought 8 lots for a total of $1.83 million and another 6 lots for $707,000 on behalf of Palya Bloodstock, Yarran Thoroughbreds, Baystone Farm and Epona Park.

Adelaide stakes winner Japhils (Choisir), offered by Newgate Farm, topped the spend at $420,000.  She lost her first foal – a filly by Written Tycoon – but is back in foal to the Woodside Park champion off a November cover.

“We also sold 36 mares for our clients,” Mills said.  “Big thanks to Rochelle Adams for her help, our consignors for their professionalism and especially all clients for their support!”

Belmont Bloodstock’s Damon Gabbedy, who bought 24 mares outright or in partnership, was upbeat about the current market.  “The amount of money being spent on top-end items is extraordinary and the competition is unbelievable,” he said.  “There were a lot of horses on our list who went way over our budget but you have to stick to your price.”

Fellow FBAA members to sign sale sheets with their top buys were: 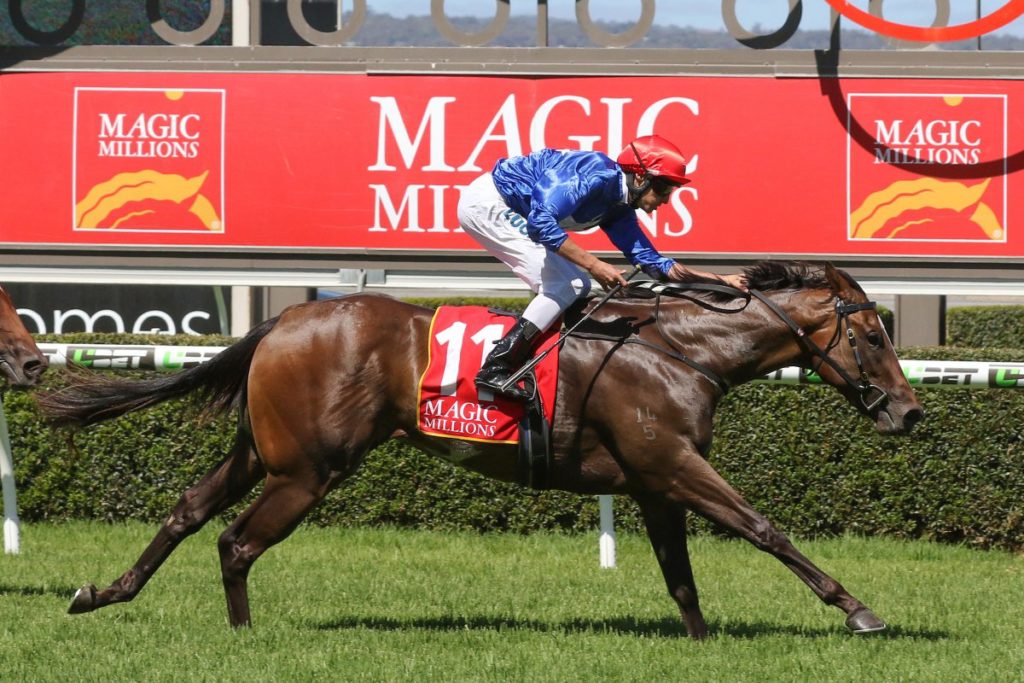