Vinery sold all three of its yearlings during the first virtual Inglis Easter Yearling Sale at Riverside Stables on Tuesday.

Inglis met the challenge head-on without horses, vendors or buyers in attendance due to the COVID-19 lockdown and, under the circumstances, managing director Mark Webster was satisfied with the results on Day 1 of the 2020 Easter Sale.

As always, Vinery met the market with its I Am Invincible – Snitzerland colt (Lot 209) making $600,000 to the bid of Domeland owner Y P Cheng.  The exceptional colt’s dam won a Lightning Stakes Gr.1 at Flemington and her All Too Hard colt Hard Landing won the Maribyrnong Plate Gr.3 earlier this season.

Randwick trainer John O’Shea trains for the Domeland team and among their 2yo colts are Prince Invincible and Much Much Better who graduated from Vinery consignments at the Inglis Classic and Easter Sales last year.

Much Much Better is an acceptor for the Fernhill Hcp LR at Randwick this Saturday.

Hall of Fame Bloodstock weighed in with $170,000 for Vinery’s More Than Ready filly from Tale Of Choice (Lot 235).  The dam is a daughter of Redoute’s Choice and she earned black-type as a juvenile when placed in the Sweet Embrace Stakes Gr.2. This gave Vinery a 100% clearance rate on Day 1.

“Our staff have worked extremely hard to present our draft in excellent order.  And although we were unable to show the horses off at the Riverside complex they have been very well received during the on-farm parades”  Vinery’s Bloodstock Manager, Adam White said.

“To come out of day one with a 100% clearance, highlighted by the I Am Invincible colt from Snitzerland at $600,000, is very satisfying under the circumstances. The last two weeks has been a logistical nightmare for the Inglis team but I think they should be congratulated on how the sale went today.  It exceeded my expectations.”

More Than Ready also had plenty to celebrate with his Day 1 turnover reaching $1.18million and an average of $295,000.  Hong Kong owner Bon Ho, buying under the Legend Bloodstock banner, topped the Vinery legend’s draft with $500,000 for the full-sister to Champion mare More Joyous (from Sunday Joy) offered by John Singleton’s Strawberry Hill Stud. 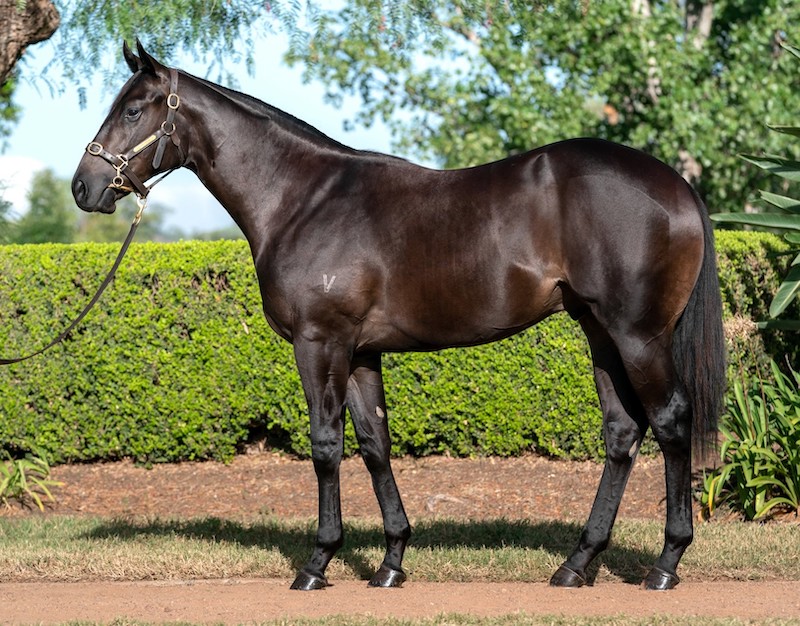 I Am Invincible colt from Vinery mare Snitzerland made $600,000 at the Inglis Easter Sale