The Caulfield Guineas barrier draw has thrown the Group 1 classic wide open with all three favoured runners drawing wide in a capacity field this Saturday.

All Too Hard’s unbeaten gelding Alligator Blood did best of the trio in 13 while Kubrick (17) and Dalasun (18) will jump closer to Booran Road than the inside rail.

Trainer David Vandyke is hoping Alligator Blood can take the bad barrier out of the equation by settling in the first few from the 1600m start.  “It’s such an advantage to have a horse that can race on the pace at Caulfield.  He made his own luck in the Guineas Prelude and will be really wound up this Saturday.

“He has been super strong through the line in every start and don’t forget All Too Hard won a Caulfield Guineas.  I think he will run the mile on his ear.”

Team Hawkes trained Vinery champion All Too Hard and they can start the Caulfield meeting on a winning note with More Than Ready 2yo filly Pounce in the Debutant Stakes LR.  She cost $400,000 at this year’s Gold Coast Magic Millions and looked a readymade racehorse winning a Rosehill trial by more than three lengths on October 1.

“Dad wanted her from the moment he saw her on the sale-grounds,” Wayne Hawkes said after they outbid Lindsay Park.  “She’s a lovely type and More Than Ready has sired Golden Slipper and Magic Millions winners – that’s what we’re after.”

The Vinery legend sired last Saturday’s Breeders’ Plate Gr.3 winner Global Quest and he is the opening $15 favourite for the 2020 Golden Slipper Stakes Gr.1 in March.

Pounce is from a winning daughter of Adelaide stakes winner Calming (Zeditave).  Team Hawkes has trained several winners from the family which goes back to South African Group 1 sprinter War Artist.

At Randwick on Saturday, More Than Ready 3yo Kooweerup is the sole filly in the latest renewal of the Stan Fox Stakes Gr.2.  Bookmakers are wary of the Melbourne visitor and have marked her a $3.50 second-favourite behind Snitzel colt Bottega.

All Too Hard has runners engaged in three stakes races at Randwick and he also has Behemoth in town for the Silver Eagle (1300m).  It doesn’t have black-type but $500,000 in prizemoney will more than compensate trainer David Jolly and a large syndicate across from Adelaide.

Behemoth was given a quiet hit-out behind Redzel in a 1000m barrier trial at Gosford on Tuesday.  “He needed some competition rather than a one-on-one gallop,” Jolly said.  “It was just a bit of maintenance in what was a pretty hot trial.

“He hasn’t run for five weeks but is still race-fit.  The Silver Eagle is a suitable race to kick-off in Sydney and Andrew (Adkins) said he handled the opposite way really well at Gosford.  There’s a bit of rain forecast this weekend and that will help, too.”

Behemoth was runner-up in The Goodwood Gr.1 in May and was last seen winning the Penny Edition Stakes LR at Morphettville in August.  The first three across the line in the Silver Eagle will be guaranteed a berth in the $7.50 million Golden Eagle (1500m) at Rosehill on November 2. 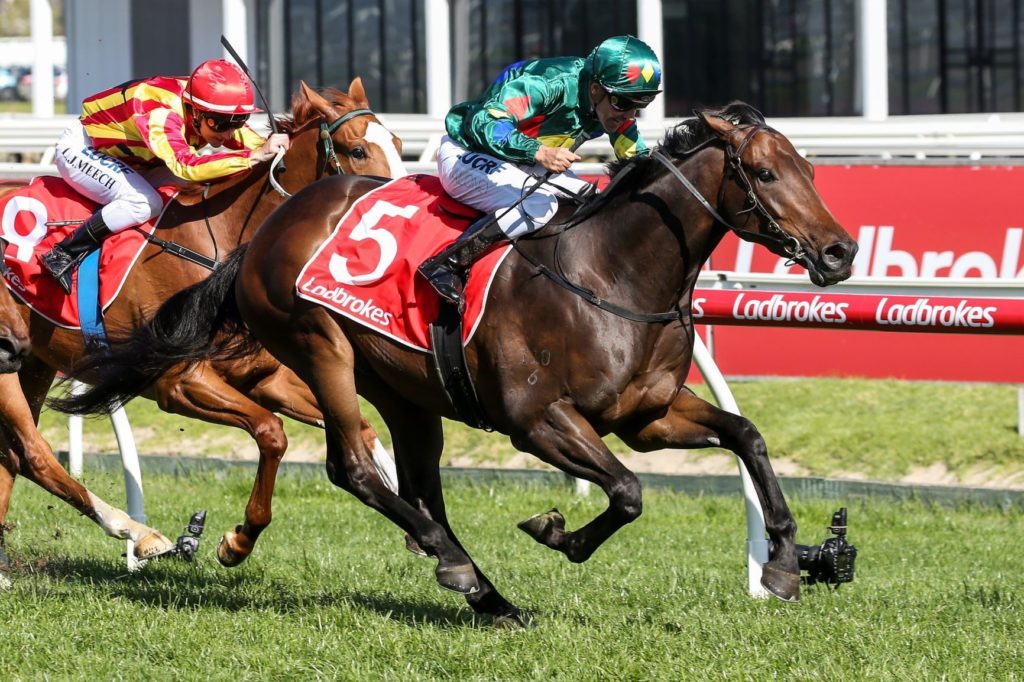