Fresh from siring 21 individual winners in June, All Too Hard was back in business on Saturday with All About You (Ruakaka) and Steely (Rosehill).

Trans-Tasman doubles are nothing new for All Too Hard.  The Vinery champion is an Australian Top 10 stallion and is there to stay if his first five crops are any guide.  He goes alright in New Zealand, too with a 64% strike-rate.

All About You bolted in on debut at Ruakaka after a four-hour float trip from Cambridge.  “I was confident although it would have been a long way back home if he hadn’t done any good,” trainer Alex Oliveira said.  “I’ve always liked him but he took a while to mature.  Then everything clicked when he won a trial at Te Rapa a month ago.

“He had a gallop last weekend with Jasmine Fawcett and she reckoned he went really well.”

All About You (3c All Too Hard- Woman In Love by Snitzel) was bred by Gerry Harvey at Westbury Stud and sold for $65,000 at the 2019 NZB Karaka Yearling Series.  He was purchased by Hong Kong-based Tartan Bloodstock and was educated in-house at Kaipira Lodge.

Tartan Bloodstock owner Paul Chow will add him to the team for next season in Hong Kong.

All About You is the first foal of a Gerald Ryan-trained, Hawkesbury-winning half-sister to Magically (SAJC Yallambee Classic Gr.2).  The All Too Hard – Snitzel cross has a 100% strike-rate led by Hard Landing (VRC Maribyrnong Stakes Gr.3).

Alexiou described Steely as a big boy who is still maturing after he ran down Lackeen (GB) in the Elite Sand & Soil Hcp (1800m) at his home track on Saturday.  “He’s by All Too Hard and they seem to get better with time.  He won with authority when he put away a good field at the Hawkesbury stand-alone meeting and he’s been going well since then.”

Steely was bred at Nearco Stud and made $115,000 from Stonehouse Thoroughbreds at the 2018 Inglis Sydney Ready to Race 2YO Sale.  Quintessential foaled a So You Think filly in New Zealand last September and was bred back to Almanzor (Fr).

Winning Lotto is another All Too Hard heading to Hong Kong following a Balaklava trial win on June 22.  He’s prepared by Richard & Chantelle Jolly and clocked the quickest 1050m time of the morning in 62.78s.

“He’s one that the Price Bloodstock team purchased as a foal and the intention is to get him vetted up now for a potential sale to Hong Kong,” Richard Jolly said.  “He’s always shown us ability but we’ve just been patient.”

Vinery bred Winning Lotto by using All Too Hard over Dubleanny (Dubleo) who won Listed races at Flemington (2) and Morphettville.  Her yearling filly by Star Turn was knocked down for $180,000 at the NZB Karaka Yearling Series earlier this year.

All Too Hard rising star Wellington is a Finalist for Hong Kong’s Champion Sprinter Award for 2020-21.  He was a stunning winner of the Chairman’s Sprint Prize Gr.1 in April and is pitted against Courier Wonder and Hot King Prawn.

Wellington is also a finalist for the Hong Kong Champion 4YO Award along with Panfield and Sky Darci. 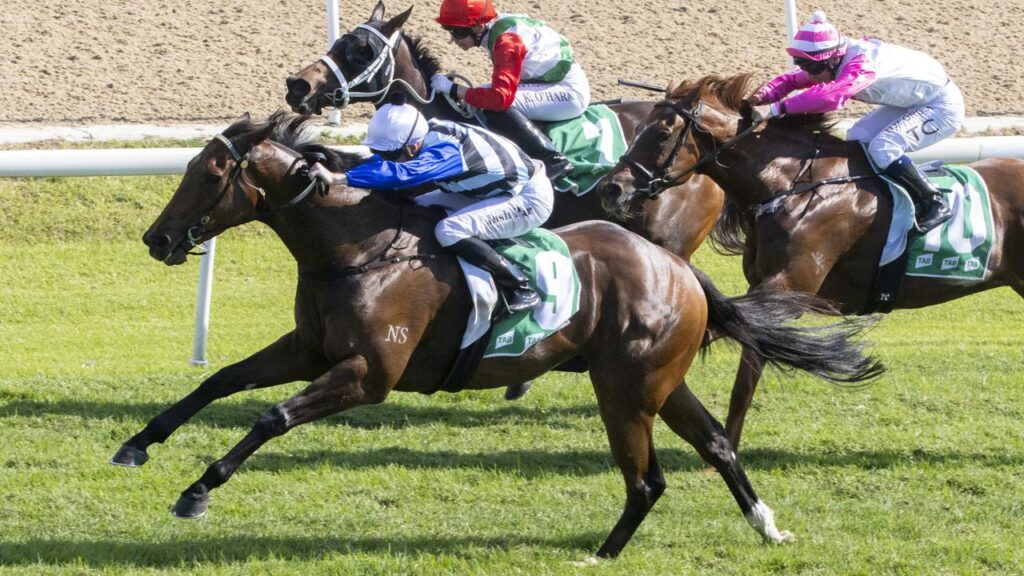