Vinery freshman Star Turn sired his 12th first-crop winner when All About Eve stormed home for a debut victory in the Catanach’s Jewellers Maiden (1100m) at Bendigo on Sunday.

All About Eve had the job ahead approaching the corner but launched a sustained sprint to circle the field into the straight.  She took over at the furlong and lifted again to hold out a late bid by Mac ‘n’ Cheese (Sebring).

The win impressed trainer Andrew Noblet who bought her for $110,000 at the 2020 Inglis Premier Sale.  “She is a nice horse so I didn’t expect her to be that far back.  It’s very hard to win at your first day at the races but she did it very well.

“She has always shown ability at home and it was just a matter of putting it together on race day.  Where we go from here depends on how she pulls up but it’s great to get the first one out of the way.”

All About Eve is the 6th individual winner by Star Turn in the last fortnight and she maintained the momentum following Eagle Hawk Star (Cranbourne), Miss Hipstar (Eagle Farm Dalrello Stakes LR), Cordyceps Six (Sha Tin), Astrologer (Canterbury) and Me Me Lagarde (Ipswich).

Noblet and agent Suman Hedge selected her for a Carbine Thoroughbreds syndicate at Oaklands last year.   “We just had to have her,” Noblet said.  “The speed and strength of Star Turn really shows in her frame.”

“She’s an athletic filly with lots of power,” Hedge added while Carbine manager Julian Hay said she was a natural under saddle from Day 1 earlier this season.  “The young ones are usually overawed but she wasn’t fazed.  She’s a beautiful mover with a great attitude and will be a 2yo.”

All About Eve (2f Star Turn – Garden Of Eden by Blackfriars) is from a half-sister to Perth Group 3 winner Grand Nirvana (Scenic) and was bred by WA-based Ben Duncan in partnership with Rushton Park’s David & Kayley Johnson. 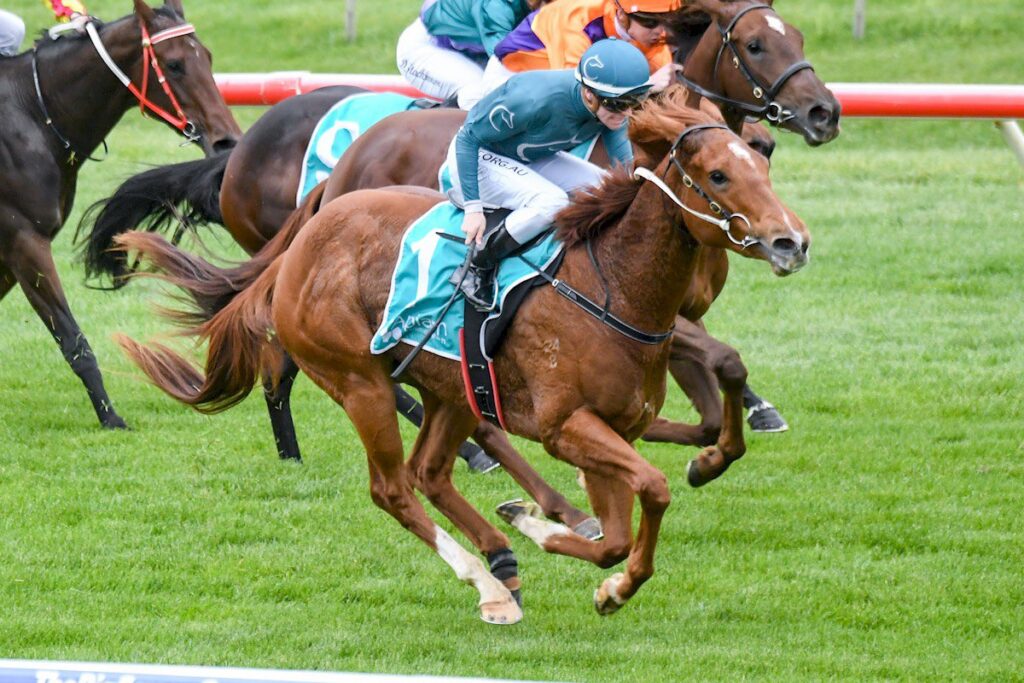