All American’s Hong Kong star Elusive State will be set for the world’s richest horse race following his victory in the Kwangtung Cup (1600m) at Sha Tin on Sunday.

Shouldering 59.5kg under Joao Moreira, the all-weather track-specialist posted his 8th win for owner Eden Wong and trainer Tony Millard. He had won on debut at Te Rapa before transferring off-shore in 2017.

Connections are hoping he can qualify for the $20 million Saudi Cup (1800m) at Riyadh on February 29. “I hope he gets enough points to go to Saudi Arabia,” Wong said. “But he needs to get a high enough rating.”

Elusive State’s rating has topped the 100 mark, nevertheless, his options at Sha Tin’s all-weather are all but gone. “It’s very tough because we’ve got to get an international Group class dirt horse qualified by running on the grass,” Millard said. “There are so few races for him in Hong Kong but we’ve got a plan and hopefully we can pull it off.

“There’s more improvement to come after today. He won with authority while giving the second horse 10 pounds and a hiding.”

Elusive State was given the run of the race on Sunday before taking over from front-runner Buddies (So You Think). “When I pulled him out and gave him a clear run, I was always going to be the winner because I know his finish is strong,” Moreira said. “Even with top-weight, he was giving me so much confidence through the race.

“He’s a nice horse and Tony has improved him tremendously. It’s a real pleasure to ride him.”

Elusive State (6g All American – Jarada by Redoute’s Choice) is a half-brother to Absolut Excelencia (LR Gore Guineas) and Fasika (LR South Pacific Classic ). The latter will line-up in the $7.50 million Golden Eagle at Rosehill this Saturday.

The Hong Kong result came a day after All American 2yo filly Too Spicy scored an eye-catching victory in Perth. She is the first of her sire’s WA-bred progeny from Geisel Park Stud where he stands for a $6,600 service fee. 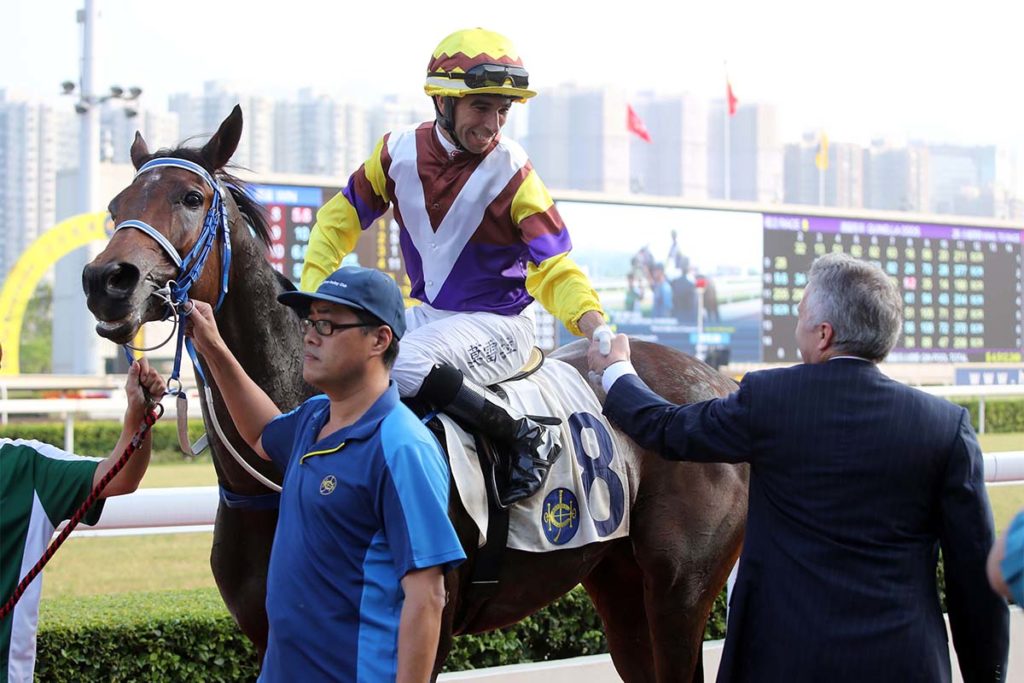