Alcari is heading in the right direction after a narrow victory in the feature race on Sunday’s card at Sha Tin.  The Ricky Yiu-trained sprinter did best in a duel with Cruising to win the Members Cup (1200m) worth HK1.31 million (AUD 220,000).

A $280,000 buy at the 2016 Gold Coast Magic Millions, he won on debut at Sha Tin but had failed to follow up in 8 starts since October. The Vinery stallion got him from Cariad (Sequalo) who won two black-type sprints in Brisbane for Tony Gollan.

“He’s been a decent horse from Day 1 and Ricky has always had a high opinion of him,” jockey Karis Teetan said.  “He won first-up down the straight and then went around a turn pretty quick but wasn’t ready.  Same at Happy Valley.  He wasn’t ready for racing there, either, although he was unlucky.

“The blinkers did the trick today…they helped him focus.  He’s got a bright future but is still young and will be even better in six months to a year from now.”

Earlier on Sunday, Hard Ruler bolted in at the Sunshine Coast to keep All Too Hard in second spot on the Australian 3yo winners table.  Champion sire Snitzel (70) leads that premiership from All Too Hard (55) with Fastnet Rock and I Am Invincible next best on 54.

Vinery received more good news out of NZ last week when All Too Hard 3yo Demonetization returned to Nigel Tiley’s stable at Pukekohe.  He won the Auckland Guineas Gr.2 in January but was ruled out of the NZ Derby Gr.1 with a fetlock injury.

“We will give him a slow build-up and hopefully have him going again in the spring,” Tiley said.  “He will have a couple of months of long steady work before we look at some targets.” 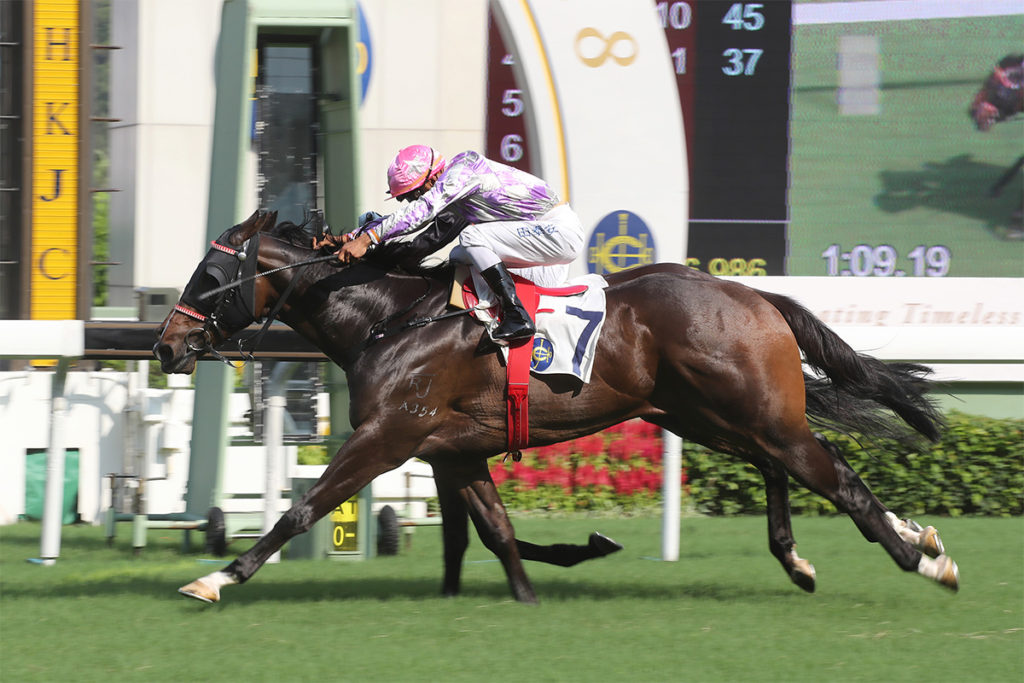