Forbidden Love has firmed into favouritism to claim an unprecedented Group 1 hat-trick in the $3million Doncaster Mile (1600m) at Randwick on April 2.

The trail-blazing daughter of Vinery sire All Too Hard maintained her unbeaten record this year with another uncomplicated victory in the George Ryder Stakes (Gr.1, 1500m) at Rosehill on Saturday.  It followed a straightforward score in the Canterbury Stakes (Gr.1, 1300m) at Randwick on March 5.

“She’s an absolute gem and isn’t just a wet-tracker,” co-trainer Michael Freedman said.  “In-form mares can string these runs together and it’s satisfying to see her take a sit and still have that nice turn of foot with a view to the Doncaster.”

Forbidden Love (4m All Too Hard – Juliet’s Princess by More Than Ready) was beaten less than four lengths by Cascadian (GB) in the 2021 Doncaster and she will carry just 50kg in the upcoming Big Mile.  “I thought she ran terrific last year and she’s in better form now,” Freedman continued.  “The Everest in the spring isn’t out of the question, either.”

Winning jockey Hugh Bowman believes there’s more improvement to come although he won’t be aboard in the Doncaster.  “I can’t see myself riding at that ridiculously low weight.   She’s in super form, is very competitive and will take some beating wherever she goes.”

Leading Victorian jockey Jamie Kah will replace Bowman and the TAB has installed the mare as a $6 equal favourite for the Doncaster.

Forbidden Love will be in rarefied company if she goes back-to-back in the George Ryder and Doncaster.  The last mares to accomplish that double were Emancipation (1983) and Winx (2016).

Bred by former Australian Olympian Kerry O’Brien, she was sold for $150,000 through Bhima Thoroughbreds (as agent) at the 2019 Gold Coast Magic Millions and Saturday’s win sent her through $2million in prizemoney.

The All Too Hard – More Than Ready (USA) cross has been a very successful combination for Vinery.  It has produced 37 winners from 54 runners including Hong Kong Group 1 sprinter Wellington.

The latest Hong Kong winner with that nick arrived on Sunday when Buzzinga scored on debut in the Luger Hcp (1200m) at Sha Tin.  The All Too Hard 4yo raced as Hardtoexplain in Australia and won at Morphettville for Price Bloodstock Management before shipping off-shore.

Buzzinga was bred by Bert Vieira and sold for $60,000 at the 2019 Inglis Melbourne Premier.  His dam Coeur D’amour (More Than Ready) was a Sandown Hillside winner for Peter Moody and is a half-sister to Adelaide Stakes winner Upstaged (In The Wings). 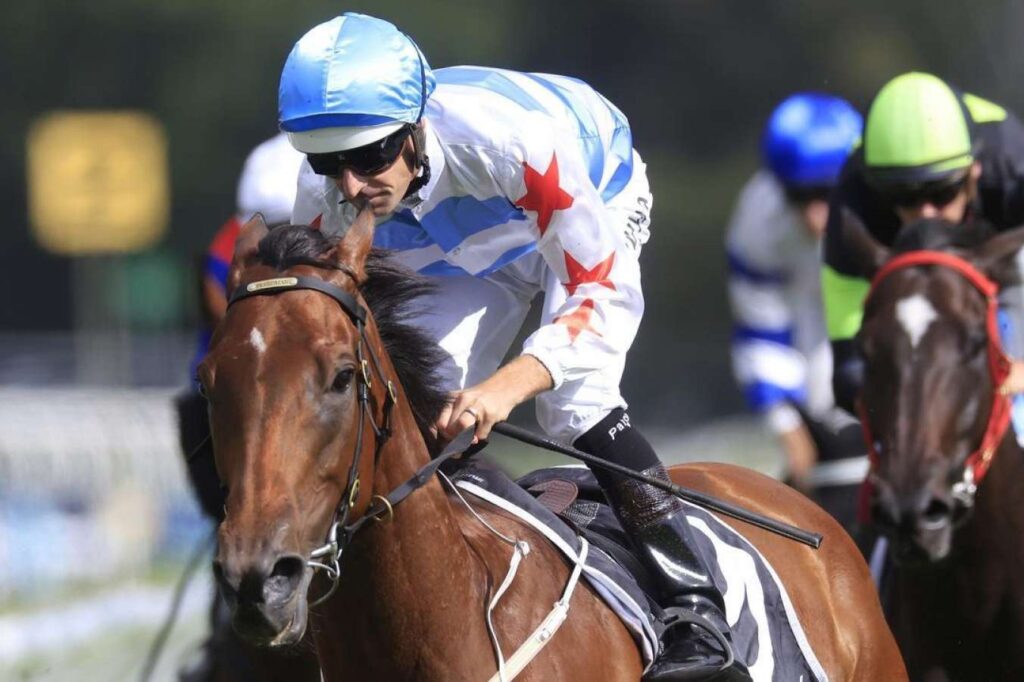