Vinery champion All Too Hard reached another milestone with his 300th individual winner on Saturday.

All Too Hard sired 6 winners on a day to remember starting with his promising colt Bayerische at the stand-alone Ipswich Cup meeting.  The Stuart Kendrick-trained youngster and jockey Jimmy Orman weaved through traffic for a last-to-first victory in the Bundamba 2YO Plate (1350m)

Bayerische had just missed black-type when fourth in the Phoenix Stakes LR at Eagle Farm on June 5.  “It’s a very satisfying win as my wife Trudy and her parents are part-owners,” Kendrick said.  “He was dropping back in grade today and hit the line well.”

Kendrick sourced him from Bhima Stud for $10,000 at the Inglis Digital Sale in September 2019.  “He was one of the first horses we bought to raise on the farm.  He should improve further after a spell and make a very good three-year-old next season.”

Bayerische is the first foal of Sha La La (Myboycharlie) who won five races in South Australia for Mark Minervini and Jordan Frew.  Her filly foal by Invader is catalogued as Lot 158 for the Inglis Great Southern Sale on July 4. 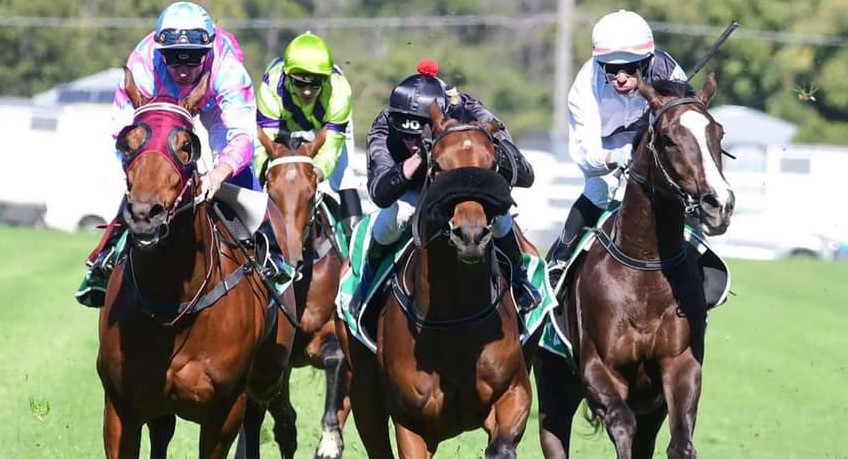