Former Vinery Stud sprinter All Too Royal is embarking on a new career for Matilda ‘Tilly’ McCarroll in what’s shaping as another success story for Off The Track.

An Australia-wide retraining program, Off The Track provides retired horses with the necessary skills and experiences needed to transition from racing to a pleasure or performance horse.

All Too Royal raced in Vinery’s Green & White V colours as did his sire All Too Hard and dam Bel Mer (Bel Esprit) who won a Robert Sangster Stakes (Gr.1, 1200m) before changing hands for more than $1million as a broodmare prospect.

All Too Royal bowed out of a racing as a rising 7yo gelding in June last year and a couple of months later Tilly’s mother Sheridan heard he was in retirement at Vinery.  “I went up to the Stud and he was amazing,” Tilly recalled.  “He’s a stunning looker and so cool.  We clicked straightaway.”

Tilly calls him ‘Roy’ and he made an immediate impact as an eventer at the Tamworth Horse Trials finishing fifth in the 60cm class and then fourth at Quirindi in the 80cm class.

“Thoroughbreds like Roy are so versatile and talented,” Tilly continued.  “The hustle and bustle of stable life and racing in front of big crowds is an ideal set-up for progressing into their new careers.”

McCarroll’s own equestrian career took off while she was still boarding at New England Girls School in Armidale.  Her first thoroughbred was NZ-bred gelding Cosmic Cube (Dehere) who had won the 2016 Canberra National Sprint (LR, 1400m) for trainer David Vandyke.

They climbed the grades together and Tilly was named NSW Junior Eventer of the Year in 2019.  That led to a part-time job riding trackwork for Gai Waterhouse at Randwick and she also helps her mother manage Phisher Park Equestrian which is located 30km north of the Sydney CBD at Duffys Forest.

All Too Royal has some way to go before matching Cosmic Cube but he will be asked to raise the bar again in the 95cm class back at Tamworth later this month.  “I’m so proud of Roy,” Tilly said.  “I’m grateful to Vinery and getting him going this well makes it very satisfying.” 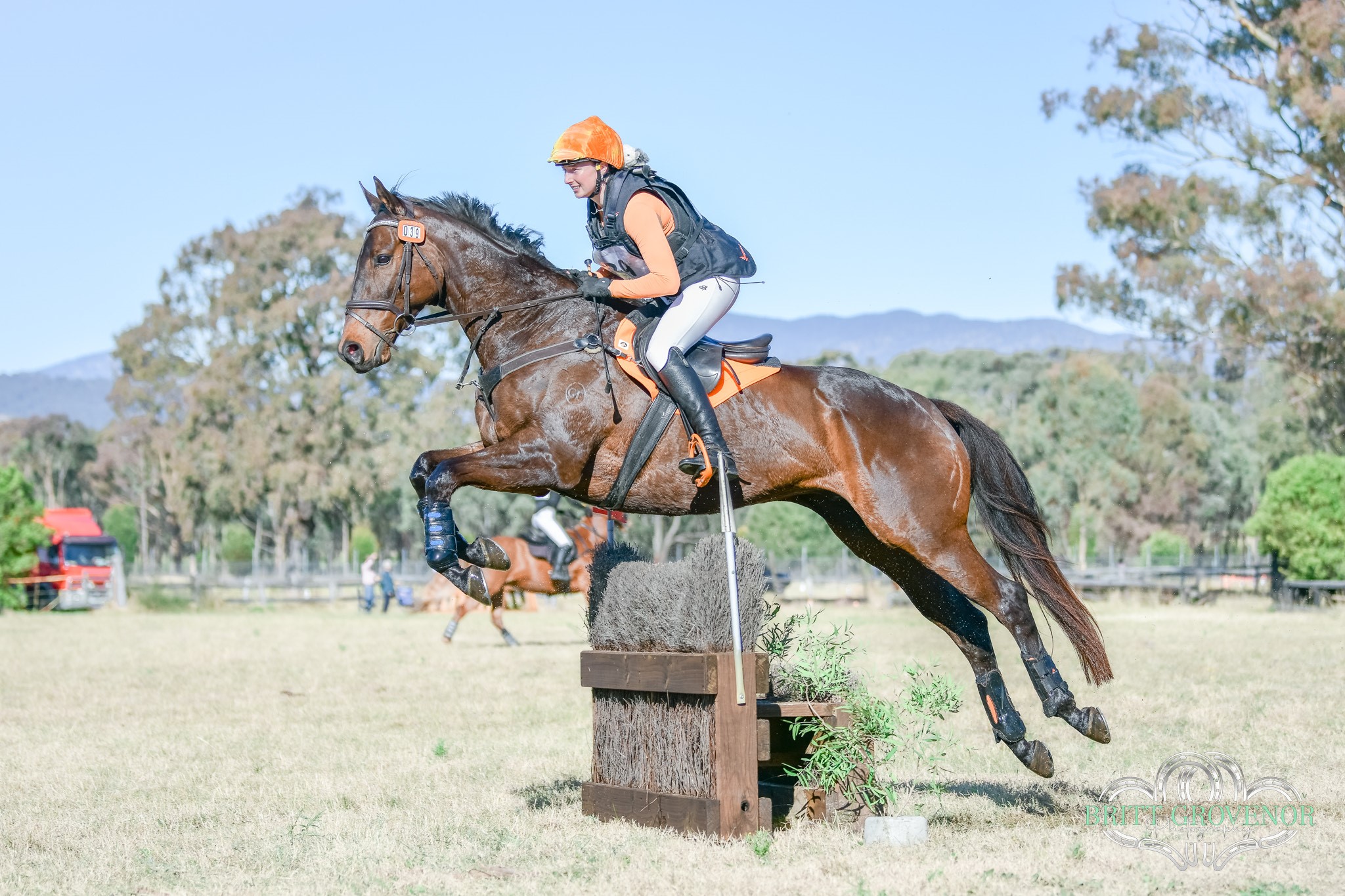