Above The Peg is the latest winner to carry their brand and he looked a class colt on debut in the Pegasus Sweetmax Maiden (1100m) at Northam on Wednesday.  The Mardella couple bred and sold him for $170,000 through Dawson Stud at the 2020 Perth Magic Millions.

Above The Peg won’t be long paying that back according to trainer Simon Miller who bought him of behalf of a partnership that includes Barry & Jan McRostie.  “He will improve considerably,” Miller told the West Australian Newspaper.  “He’s named after the upper positioning of prize wines in a collection and I think he will also prove himself at elite level.

“He will show up over longer distances later on but his immediate missions are the Fairetha Stakes and WA Guineas at Ascot.”

Above The Peg is a 3yo half-brother to this year’s G1 Oakleigh Plate winner Portland Sky (Deep Field) and their dam Sky Rumba (Shrewd Rhythm) is an older half-sister to London Line.  She has a 2yo filly named Clear Blue Sky (Sessions) plus a yearling colt by Universal Ruler.

Meanwhile, Elite Street (Street Boss) will launch his summer carnival campaign in the LR Crawford Stakes (1000m) at Ascot on October 16.  Trainer Dan Morton is setting him for back-to-back wins in the G1 Winterbottom Stakes (1200m) at Ascot on November 27. 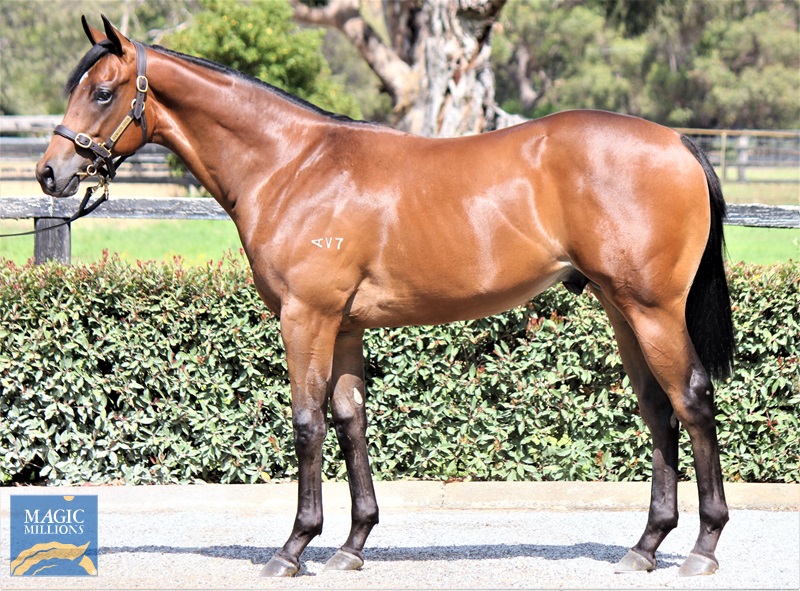