Casino Prince is a renowned winner-getter of long-standing and Sunrise Ruby has taken him closer to another century in 2020-21.

The Vinery stalwart has cracked 100 wins for the last seven seasons and Sunrise Ruby made it 98 at Albury on Tuesday.  She handled a rise in grade without missing a beat for owner-breeder Susan Zeitz and local trainer Mitch Beer.

Casino Prince is the go-to stallion for anyone who breeds to race in the $5,500 (inc GST) price-bracket.  His average progeny earnings are almost $93,000 per starter and just in the last month, his Sydney winners Bandersnatch, Casino Kid and Our Bellagio Miss have collectively banked $246,000.

Beer believes his filly can dwarf those dollars in October.  “We’re setting her for The Kosciuszko,” he said after Sunrise Ruby waltzed away by two lengths in the Naughtin Development Hcp (1175m).  “She’s one of the nicest horses to ever go through our system.

“I was confident today but haven’t been that nervous for a long time.  It was a case of the right horse in the right race and I wanted her to have every chance.  She had to carry 61.5kg and sit three-wide without cover but was still good enough to put them away.

“We’ve been patient because she’s still building.  But she’s city-class so we will capitalise and take her to town for a 3yo race before the end of the season.”

Following a quick break, Sunrise Ruby will return for the $1.3million Kosciuszko (1200m) at Randwick on October 16.

Sunrise Ruby (3f Casino Prince – Scarletta by Distant Music) has only been beaten once in four starts for Zeitz and a syndicate that includes Stockwell Thoroughbreds manager Brodie Becker.  “I bought her dam because she’s related to Black Caviar and All Too Hard,” Zeitz recalled.  “She is producing such big foals – Sunrise Ruby was 76kg.”

Beer is also training her 2yo full-brother Scarlet Prince and he put the writing on the wall at his second start when going down by a half-length in an Albury nursery on Tuesday.

Casino Prince can look back on another successful season that was highlighted by Sweet Deal’s feature wins in the Toy Show Quality Gr.3 at Randwick, $1million The Hunter at Newcastle and Hawkesbury Crown Gr.3.  She was sold for $850,000 at the Inglis Chairman’s Sale in April and bowed out with a Group 1 placing for new owners Lustre Lodge in the Tatt’s Tiara at Eagle Farm last month.

Bandersnatch also chimed in for three Listed wins this year in the Carrington Stakes, Civic Stakes and Winter Stakes on Saturday.

His Brisbane-based mare Baccarat Baby sold to Spendthrift Australia for $650,000 at the Magic Millions National Broodmare Sale in May.  She earned over $500,000 for owner-breeders Peter Harris and Matthew Irwin with wins in the Sunshine Coast Guineas Gr.3 and Princess Stakes LR. 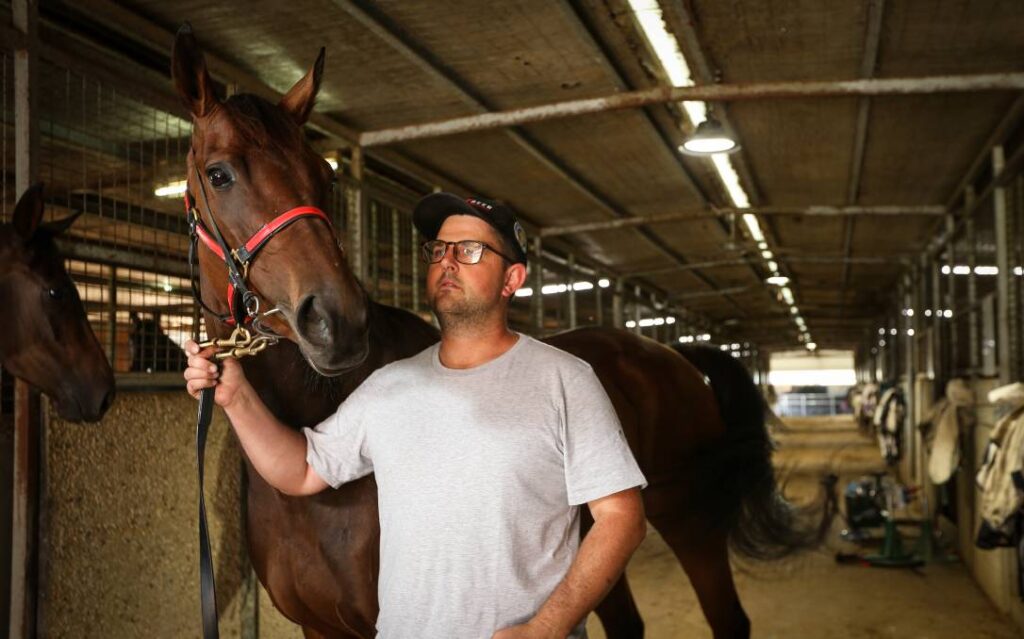