The colt was Vinery’s first lot to parade at Oaklands on Sunday and made $460,000 to the bid of Boomer Bloodstock’s Craig Rounsefell acting on behalf of Hong Kong Jockey Club.  He’s the latest Oaklands entrant from Vinery (as agent) out of unraced Choisir mare Base Paradise.

“It’s important to me what farm a horse comes from and Vinery have a graduate’s record that is exceptional,” Rounsefell said.  “This colt has an abundance of quality.  He’s a great mover and will develop into a beautiful three-year-old.

“His dam has consistently thrown talented, sound racehorses that improve with time – that’s the profile we want for Hong Kong.”

Brazuca (Teofilo) was an $80,000 Vinery graduate from the 2014 Melbourne Premier.  He was Group 1 placed in the South African Classic, Cape Derby & Greyville Golden Horseshoe and trained on to win the Colorado King Stakes Gr.2 at Turffontein.

Stratum and Base Paradise also combined to produce Hong Kong winner Strathallan who was a $240,000 Vinery graduate from the 2017 Melbourne Premier.  Purchased by Global Bloodstock for clients of trainer Tony Millard, he won sprints at Sha Tin and Happy Valley last season.

“The mare has consistently thrown talented, sound racehorses that improve with time – that’s the profile we want for Hong Kong,” Rounsefell added.  “And Vinery’s record gives me a lot of confidence.”

The colt will transfer to New Zealand to be educated by Bruce Harvey at Ascot Farm in Cambridge.

Rounsefell operates a successful international bloodstock agency and his stakes winning affiliation with Vinery includes Sweet Deal (Casino Prince) who was run down by Dawn Dawn (All Too Hard) in the Guy Walter Stakes Gr.2 at Randwick last Saturday.

Sweet Deal just missed a stakes winning hat-trick in an all-Vinery finish following Group 3 victories in the Tibbie Stakes and Triscay Stakes.  She cost $67,500 from Vinery as agent for breeder Pip Cooper at the 2016 Inglis Classic Yearling Sale and has earned $658,120 to date.

Rounsefell also bought More Than Ready colt Hit The Road at the 2018 Keeneland September yearling sale and he repaid a $160,000 price-tag with a last-to-first juvenile victory in the Zuma Beach Stakes LR at Santa Anita in October.

Vinery general manager Peter Orton was pleasantly surprised when Vinery’s Day 1 colt made $460,000.  “He’s a lovely type and was ideal for Premier,” Orton said.  “There was plenty of interest and that can happen at auctions.  The Asian market embraced him and he went for more than we expected.” 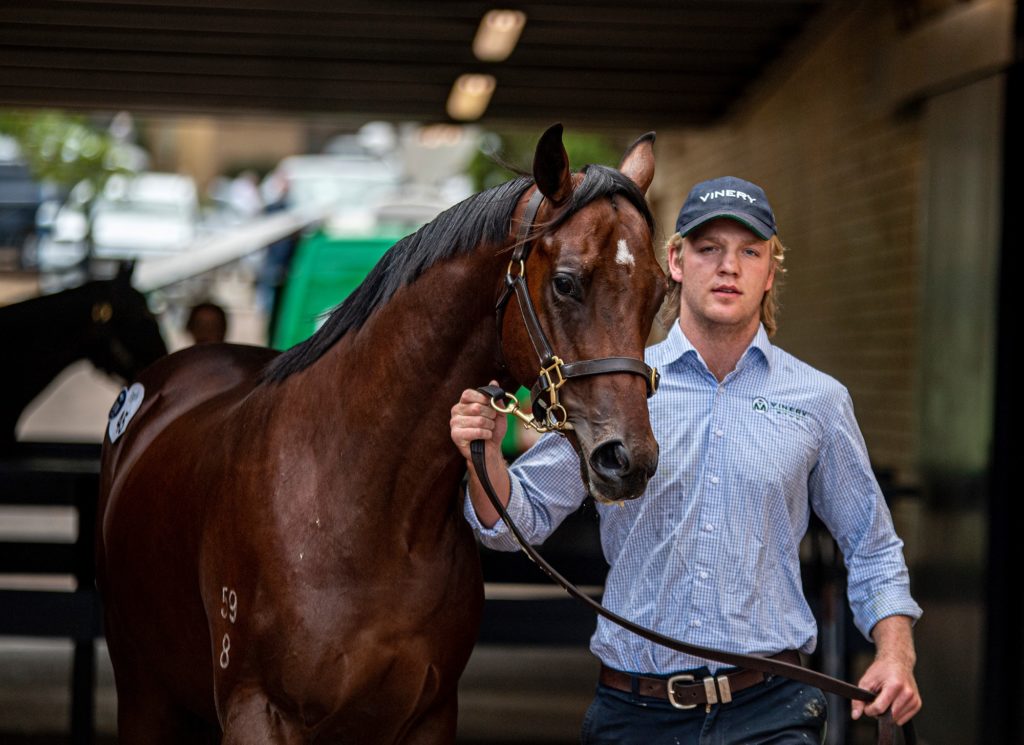