Vinery champion All Too Hard spanned the Christmas break with promising winners Pizarro (Warwick Farm) and All Beauty (Sha Tin) both asserting they’re ready for black-type company in 2022.

Pizarro completed his first prep with a well-timed breakthrough in the fittingly named Vinery Maiden Plate (1300m) last Wednesday.  Starting out with seconds at Hawkesbury and Canterbury, he wouldn’t be denied a third time when digging in for the fight against late closer Arnold (Hinchinbrook).

“He was left in front a long way out and wanted to run around,” winning jockey James McDonald said.  “He looked beaten but knuckled down.  He’s still raw but is a lovely horse and I reckon he has a bright future.”

Pizarro (3g All Too Hard – Orvieto by Testa Rossa) has been handled patiently by trainer John O’Shea and Champion Thoroughbreds.  They bought him for $150,000 from Vinery (as agent) at the 2020 Inglis Premier Sale.

“That’s his first prep done and dusted,” stable foreman Tom Charlton reported.  “He has plenty to learn but will make the grade in time.”

In Hong Kong on Monday, All Beauty was giving Perfect Pair a three-length start passing the furlong but that margin vanished with a brilliant finish in the Karate Hcp (1400m).

The Frankie Lor-trained galloper had won his maiden at Happy Valley in September and is another Inglis Melbourne graduate from Vinery.  Sold as agent for Vinery partner Steve McCann (Encompass Bloodstock) and Neil Werrett, he made $110,000 at Oaklands in 2019 when purchased by Neerim Lodge.

All Beauty (4g All Too Hard – Extension Of Time by Dash For Cash) was placed in a Morphettville barrier trial before shipping off-shore in January 2021.  His dam was a juvenile Stakes winner at Morphettville and she has a yearling colt by Press Statement.

In more good news for All Too Hard, his Group 1 star Wellington has escaped unscathed in the wake of that tragic renewal of the Longines Hong Kong Sprint.  He was badly hampered when avoiding fallen horses on the home turn and was nursed to the line by Alexis Badel.

Wellington galloped with stablemate Equilibrium Turbo (GB) around the Sha Tin all-weather earlier this week.  It was his third work-out since the International Meeting but the first with Badel back in the saddle.

All Too Hard has 21 yearlings catalogued for the 2022 Gold Coast Magic Millions and his filly from Mid Summer Music (Lot 256) received a winning update a week before Christmas.  Catalogued by Cressfield, she is a half-sister Hellfest (Fastnet Rock) who cruised home in a Newcastle 3yo maiden for Godolphin on December 18. 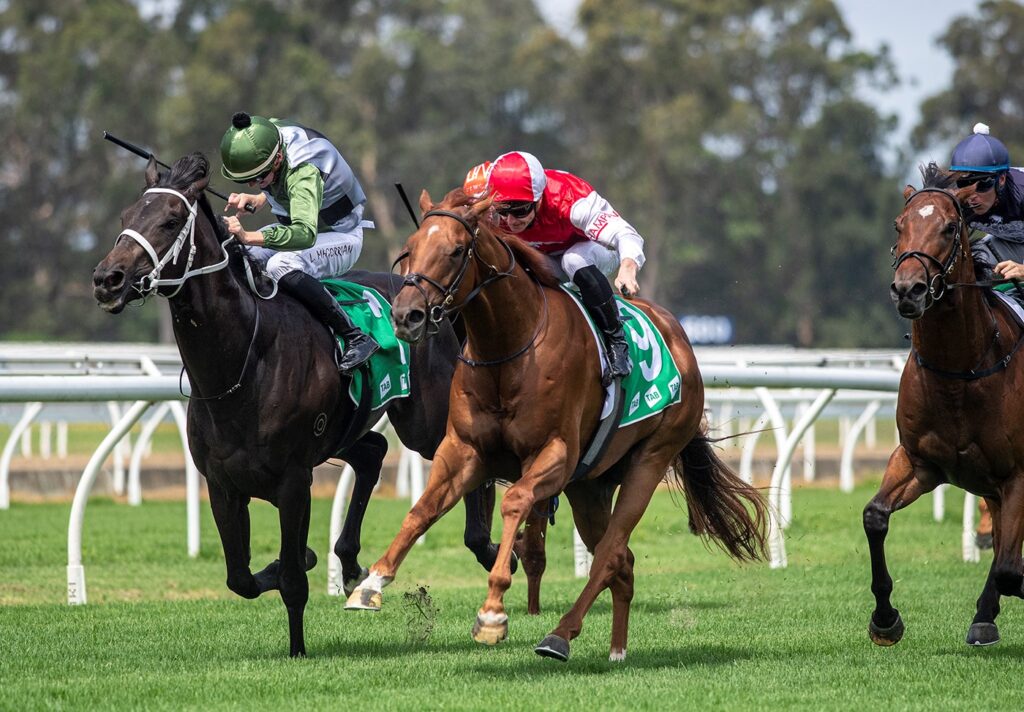