Ballymore Stables staff were still coming off Cloud 9 when Star Turn filly Amoramio broke through in her own backyard at Matamata on Wednesday.

Their giant-killing Group 1 mare Roch ‘N’ Horse (Per Incanto) had blitzed the best Aussie sprinters in their own backyard winning the Newmarket Hcp (1200m) at Flemington last Saturday.

“She’s as fast as any horse in the stable,” Gerard declared after the Tokoroa 3yo Maiden (1050m).  “Some niggling injuries held her up as a two-year-old and hopefully she’s able to go on now with more experience.”

Amoramio is a first-crop daughter of Vinery sire Star Turn and she had been freshened since running the fastest final 600m (33.8s) when placed at Te Aroha in January.   Jockey Michael McNab snagged her back before tracking forward and quickening too well for runner-up Star Trail (Turn Me Loose).  They streeted the others by five lengths.

“She has the gate speed but rather than push from an awkward drew we decided to go back and ride for luck,” Gerard said.  “They were always going to go lickety-split in front and it worked out well.”

Her dam Winton Creek (Helmet) is a half-sister to Group 1 VRC Salinger Stakes winner Éclair Choice and she was purchased by Paul Moroney Bloodstock at the 2018 Gold Coast National Broodmare Sale for stable clients Paddy Preston and Murray and Margaret Hardy (Sunlight Trust).  The mare changed hands for $110,000 with a PPT to Star Turn

Star Turn’s only other starter in New Zealand has been La Bella Beals who won at Tauranga and Awapuni earlier this season.  Last seen earning black-type when placed in the Group 3 Bonecrusher Stakes at Matamata in December, she returns from a spell for trainer Stephen Marsh at Tauranga this Sunday.

Lot 215 from Limehouse (Redoute’s Choice) was knocked down to McKeever Bloodstock, Cumani Racing and Mark Alderman for $120,000.  That same combination won a Kilmore maiden last week with Come On Eileen (Headwater). 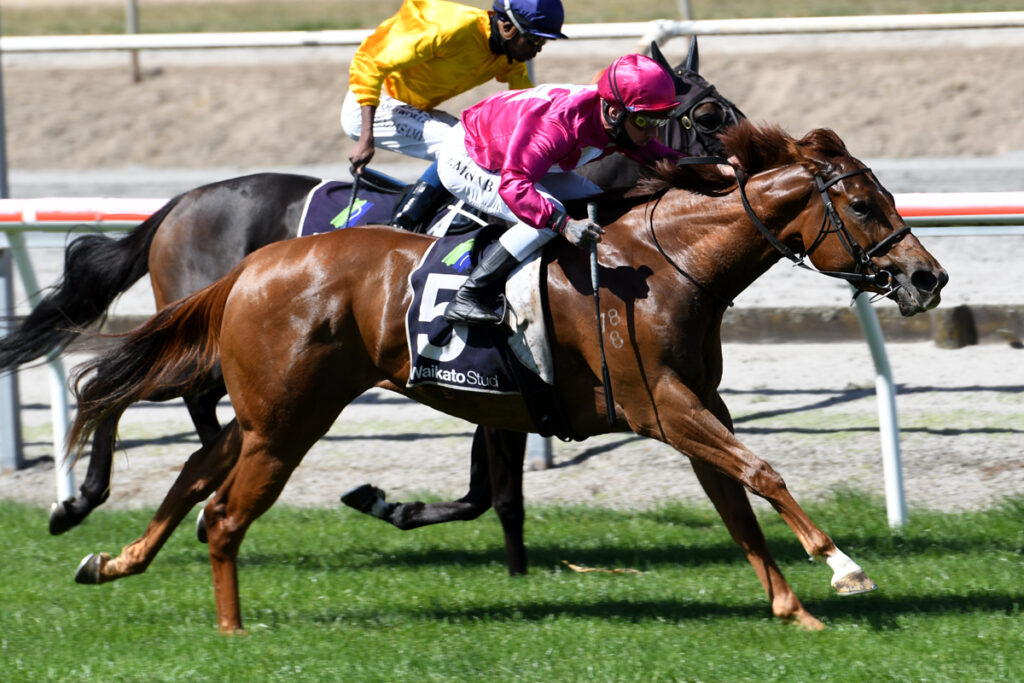