It’s only a matter of time before Bam’s On Fire steps up to black-type company from her new base in Victoria but when or where is still up in the air.

The Universal Ruler filly completed a hat-trick with an effortless victory in the $135,000 QMS Media Hcp (1100m) at Caulfield on Saturday.  She won pulling up by more than two lengths from Lindsay Park pair Pariano and Thine Is The Power.

“She settled into a lovely spot today and I was confident down the side,” Eustace said.  “Black-type is the plan.  She’s training beautifully at Ballarat and we might look at Queensland later this month.”

Senior jockey Dwayne Dunn was back in the saddle and he’s looking even further ahead after pocketing an easy winning percentage on Saturday.  “There’s a real nice race for her in the spring.  I had Craig (Williams) covered on Propelle and he wasn’t going anywhere until I made a move.

“She can clock fast sectionals and there’s a sting in the tail with that turn of foot.”

Universal Ruler (Scenic) completed an interstate double later in the day with Military Ruler at Belmont.  He was racing first-up after a long spell and ran down Black Sabbath (Blackfriars) to break a run of outs going back almost three years! 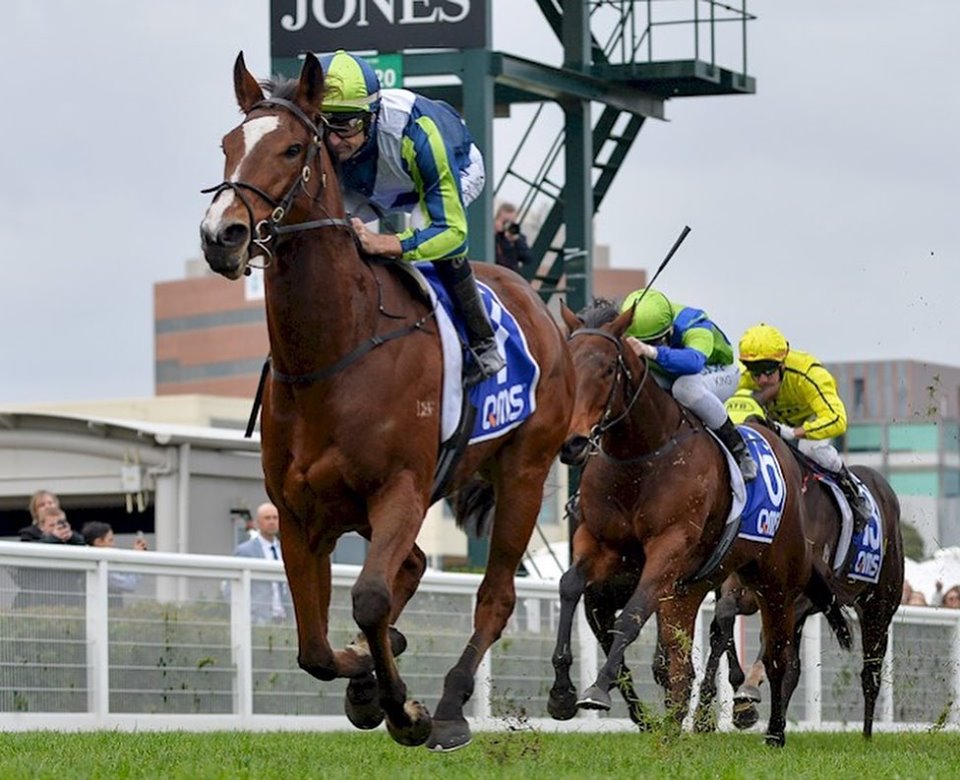