Searching for another bargain like Ration Aly is keeping David Harrison busy at pre-sale inspections for the Perth Magic Millions Yearling Sale.

The Serpentine-based trainer bought Ration Aly for a song as a foal and now she’s on a hat-trick after a running double at Ascot on January 2 and 16.  The My Admiration mare ran out a strong 1800m last time in the Quayclean Hcp and a step up to 2000m is on the cards for her next outing.

Her overall record for Harrison and his wife Jennie is 6 wins from 10 starts for $175,000 in prizemoney.  “She’s tough and can finish with a strong sprint,” Harrison said.  “She only cost $500 as a foal and has matured into a lovely looking mare.”

Ration Aly was the only My Admiration foal among 10 weanlings dispersed by Ferrari Breeding & Racing at the 2017 Perth Winter Sale.  Her dam Quality Spirit (Elusive Quality) also changed hands and her foal this season is an Awesome Rock filly bred by Gold Front owner Alan Olive.

The Harrisons have struck gold with My Admiration mare Cryptic Love.  She was bred and sold by Westbury Stud’s Phil Ibbotson for $30,000 at the 2017 Perth Magic Millions and her earnings rose to $430,760 following an Ascot win January 9.  Her younger brother Cryptic Wonder registed the first stakes win for My Admiration the 2019 Magic Millions WA 3YO Trophy.

My Admiration (Encosta de Lago) stands at Westbury Stud and he has 7 yearlings catalogued for the Perth Magic Millions.  The filly from Comme Ci (Lot 119) is the first to parade on account of Namerik Thoroughbreds owner Alan Bansemer.  She is a half-sister to stakes performers Fred Dag & Janaura and a full-sister to recent Ascot winner Jaguar Grey.

Ibbotson sends a My Admiration – Special Jewel colt (Lot 231) to the Swan Valley in the consignment from Western Breeders Alliance.  His dam is by Testa Rossa and she was a homebred Belmont winner for Peters Investments.

My Admiration mare Our Idyll has been holding the fort for Tiarnna Robertson while stable star Fabergino gets set for the Group 1 Lightning Stakes in Melbourne.

Our Idyll wasn’t out of a place in five starts earlier this campaign and that included a front-running Bunbury win leading up to a fast-finishing victory in the Grandstand Cup (1500m) at Pinjarra.  She is a homebred for Barry & Jan McRostie and they raced her dam Temuka (Scenic) to wins at Northam and Pinjarra. 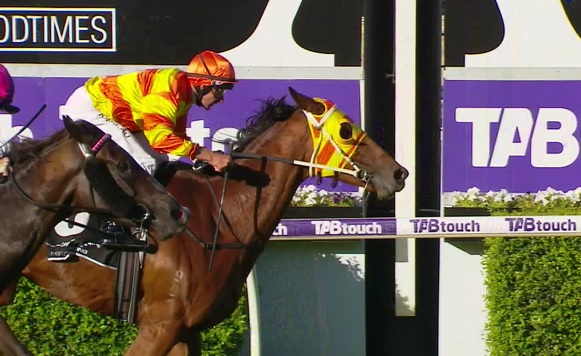