The Tony Cruz-trained Beauty Joy joined the growing list of WA-bred gallopers to win in Hong Kong on Wednesday.

He settled midfield in the Class 2 Lantau Island Hcp (1655m) at Happy Valley and was driven out to press the leaders inside final furlong to win cosily under for Zac Purton.

Beauty Joy raced as Talladega in Perth where he was bred, part-owned and trained by Impressive Racing’s Darren McAuliffe.  He was unbeaten in four starts culminating with a Listed victory in the J C Roberts Quality (1800m) at Ascot in 2020.

McAuliffe had no qualms quantifying details of the deal with agents from Hong Kong.   “I told them to put money on the table and there was some haggling after their original bid,” McAuliffe said. “We finally settled on $1.4 million.”

He bred Beauty Joy by using Sebring over Impressive Jeuney (Jeune) having purchasaed the dam as a foal for $27,000 from Newhaven Park at the 2007 Magic Millions National Weanling Sale.  She paid that back winning the G3 WA Oaks, LR Natasha Stakes, LR La Trice Classic and LR WA St Leger.  Impressive Jeuney’s most recent cover was to Starspangledbanner at Rosemont Stud in October.

“He was sluggish out of the gate and couldn’t get into his rhythm early,” Purton reported after bringing Beauty Joy back to scale.  “It probably took him 400 metres to start moving but the pace was on.  We got a nice run but then it got a bit messy when a couple in front were stopping.

“My horse showed his versatility tonight and his tenacity to win.  He was plagued with a number of small issues when he first arrived and needed time to acclimatise.  Now we’re seeing the benefit of that.  He’s lightly-raced and I don’t think he’s reached his ceiling yet.”

Dawson Stud-bred Sight Success (Magnus) has won three of his last five sprints in Hong Kong for trainer John Size and his half-brother by Jimmy Choux (NZ) has been catalogued as Lot 228 for the Perth Magic Millions. 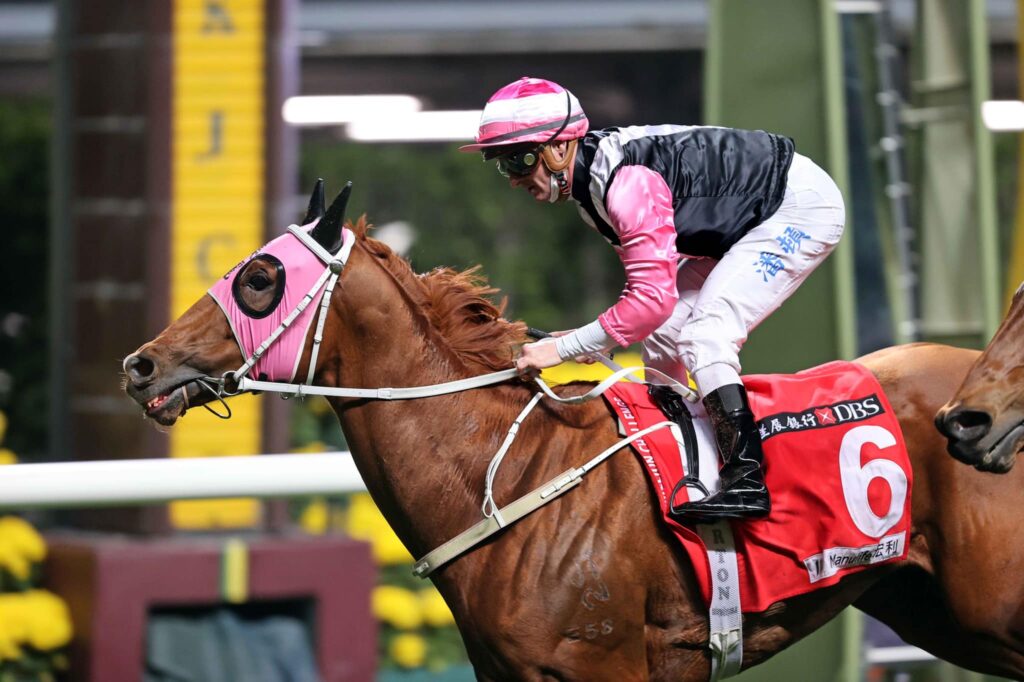