It’s Bel Esprit – Amoroso filly made $260,000 in the first hour of trade of Premier I.  She is a half-sister to Group 2 winning mare Arinoso and was purchased by Cloud 9 Thoroughbreds trainer Brett Stanley.

The last Bel Esprit filly make that sort of money was Black Caviar.  The world champion was a $210,000 graduate from Swettenham’s consignment at the 2008 Premier.

“She’s a lovely, strong filly and is built like a colt,” Stanley said.  “She’s a great walking horse from a good winning family and hopefully she can run!”

In another plus for Swettenham, its Group 1 freshman Master of Design sold all five of his Day 1 yearlings with top price of $120,000 paid by David Hayes for the half-brother to Fontein Ruby.

“We’ve been beaten by Fontein Ruby and know how hard it is to get past her,” Hayes admitted.  “Our colt is a strong, good-looking type and Master Of Design is a very promising young sire.

“It was a good investment considering those VOBIS incentives are worth over $100,000.”

Swettenham will have more Premier highlights by Master Of Design this week headed by his Hidden Energy filly (Lot 209) on Monday and his Subtle Breeze colt (Lot 546) on Tuesday. 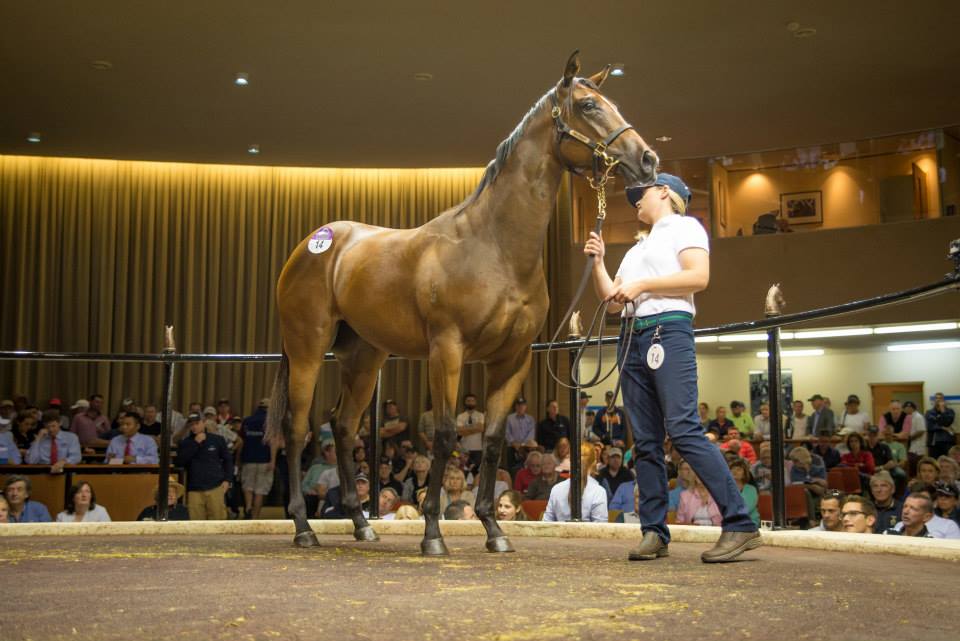