They call Alan Bell the man with a Midas Touch.

Bell has owned, trained and vetted a Group 1 gallery of champions going back to 1990s with sprinting sensations Schillaci and Primacy.  His distinctive grey & red diagonal striped silks have also been worn by Grand Armee, Deep Field and most recently Star Turn who covers his first book at Vinery Stud this year.

Star Turn turned heads from the day he was born and cost Bell $400,000 at the 2015 Gold Coast Magic Millions.  “People forget you have to try a few horses before you get a decent one,” the self-effacing horseman admitted.  “There were over 800 yearlings at the Gold Coast that year but I though Star Turn was the standout.”

Bell was interviewed by Vinery’s Adam White while Star Turn paraded at the Stud’s open days last weekend.  “He’s got that X-Factor and has let down into a magnificent stallion.  He’s always had a great attitude which helped John Hawkes get him rolling in the 2yo races before Xmas.  That’s unusual for me but John said he was special.”

Star Turn was among a vintage crop of colts and he jumped the blocks winning the Pierro Plate (1100m) at the 2015 Randwick spring carnival before returning the following year to trade blows with Capitalist, Extreme Choice and Flying Artie.

“He came back at three and was superb in the San Domenico Stakes,” Bell recalled.  “We were confident he could beat the Golden Slipper winner but didn’t think he could make it a one-act affair.

“Then he went down to Melbourne and defeated old horses at weight-for-age in the Schillaci Stakes.  That was obviously a big thrill for me and the timing was just right when Vinery came in with an offer to stand him at stud.

“He danced every dance.  He never ducked a fight.  He was sound, tough, durable and athletic.  And he kept going this year after some of the others had already been retired to stud.

“He’s a proper horse and, like me, Vinery believes he’s an exciting stallion prospect.  He’s got 12 strains of Nasrullah and I’m supporting him with my own stakes winning mares.”

Michael Hawkes rates his father John as a man with an impeccable eye for a horse and he praised Bell during Star Turn’s 12-start career.  “Alan is a very good judge.  He’s trained before and knows the deal.  The best part about Alan is his patience, you need a lot of that in this game, and he’s got it.

Breeders could do a lot worse than pick their brains for their mares this year.  At a $22,000 (inc. GST) service fee, they will be doing themselves a Star Turn. 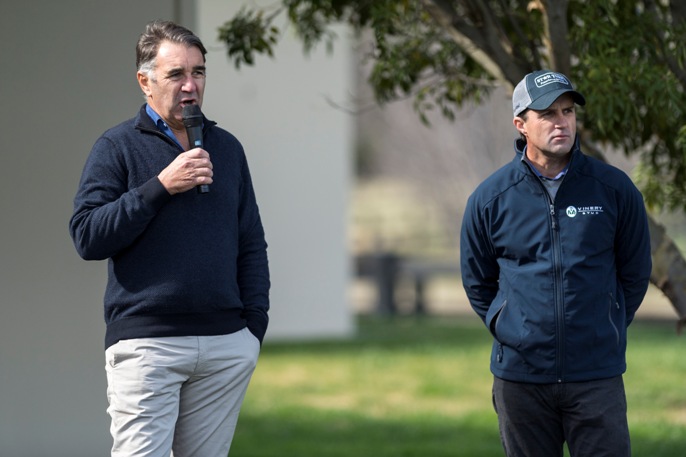