Both winners are bright prospects especially Reign Of Fire who was a short-priced $1.20 favourite for the Amelia Park Plate (1300m).  He was coming off a four-length win on debut a fortnight ago and was always going to maintain an unbeaten record second-up.

Campbell bred and sold him for $18,000 at the 2019 Perth Magic Millions to agent John Chalmers who was acting on behalf of trainer Colin Webster and part-owner Glen Forrest.  “He jumped and sat behind the speed when the pressure went on,” jockey Jordan Turner said.  “He was a bit fierce and green in running but toughed it out.  He’s still maturing but has got a future.”

Reign Of Fire (2g Trade Fair – Fire Side by Hurricane Sky) will go for a break and be set for the G2 WA Guineas (1600m) at Ascot on November 23.  He’s bred to get over ground being the second foal from a city winning half-sister to Wool Zone (LR WA St Leger).

Fire Side was covered by Maschino last year and she’s positive after an early-season cover at Alwyn Park.  Campbell also bred her first foal Firesale (Trade Fair) who has won three races at Pinjarra for trainer Brett Pope.

Former Alwyn Park sire Trade Fair (GB) could double up on November 23 with Free Trade in the G1 Railway Stakes.  Trainer Michael Lane spelled him with the big mile in mind after feature wins in the  LR Pinjarra Classic (1300m) and LR Bunbury Stakes (1400m) earlier this year.

Bellbridge Park-bred filly Hoolahoops took time to come good but is going places on the back of a great start to her second prep.  She flew home for a close second when resuming at Pinjarra on June 11 and then led home a Blackfriars quinella from Jono in the TABtouch Westspeed Plate (1400m) on Saturday.

Hoolahoops (3f Blackfriars – Miss Meyet by Bletchley Park) is trained by Justin Warwick and is the final foal of a mare who won at Ascot and Belmont.  “She will make a real good stayer,” stable spokesman Pat Keating promised.  “She’s really come on and the small field helped today.”

Siobhan Campbell sold 6 lots at the 2020 Perth Magic Millions topped by the Snippetson – Miss Margene colt that was knocked down for $110,000 to Neville Parnham.  He’s from a Bellbridge Park family going back to Rogan Josh, Machine Gun Tom and Corporate James. 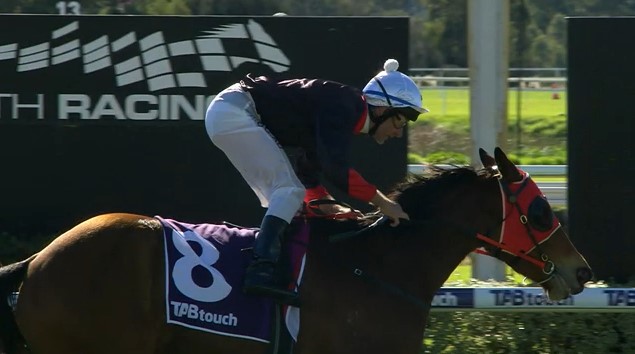