Yulong January will step up to stakes company following his fourth win in a row at Flemington on New Year’s Day.

Rising through the grades with 7 wins in 13 starts, he dug out a determined victory in the Welcome 2020 Hcp (1400m). The King Of Prussia 4yo started an odds-on favourite and was produced at just the right time by Jye McNeil. Even so, he had to grind out a narrow margin over front-runner Morvada in the final furlong.

“I was looking forward to riding him today and the win was a good sign for the future,” McNeil explained. “He usually likes it out in front but the pressure was on early and I held back. Then the tempo dropped so it was a good learning experience for when that happens again.

“He’s adaptable and pretty versatile and he has a tremendous will to win. His confidence is high and the boys had him well-placed off a 10-day back-up. Hopefully we can continue to build that picket fence.”

Yulong January is a son of King Of Prussia who has sired 150 individual winners of 473 races. The Greta West Stud sire went through $10 million in progeny earnings at Flemington and co-trainers Ciaron Maher and David Eustace have big plans for his rising star this year.

The LR Chester Manifold on January 11 is a likely target as is the LR John Dillon Stakes on January 25.

“He’s winning in summer and there’s probably a reason for that but there could be a good race in him like the (G1) Rupert Clark Stakes,” Eustace said. “We will definitely work back from that long term so we can get him down in the weights.”

Yulong January was bred and sold by Wangaratta breeder Allan Price to Yulong Investments for $20,000 at the 2017 Inglis Premier yearling sale. Owner Zhang Yuesheng took a gamble on the youngster after x-rays showed a minor stifle issue and it’s paid off with $480,000 already in the bank.

His dam Duty With Honour (West Point) won at Moonee Valley for Price and her first King Of Prussia foal – Justify That – won two stakes races in Adelaide and over $520,000 in prizemoney.

Master Of Design sired the first-leg of a Greta West double at Flemington with Remastered in the Summer Racing Hcp (1200m). The Tony Noonan-trained sprinter scouted wide down the straight-six to defeat Zoustar gallopers Rocking Eagle and Zoumanor.

“He made my job easy,” jockey Beau Mertens declared. “He was bumped at Caulfield last time so I made sure we had plenty of room here. He built momentum and filled the bridle when we got to the outside. He’s a good, consistent horse and got the job done today.”

Remastered had won his maiden at Mornington in May and has now earned $144,000 for WA-based owner-breeder Peter Bennie. Her final foal is unraced 2yo Huxton Creeper (Mosayter). 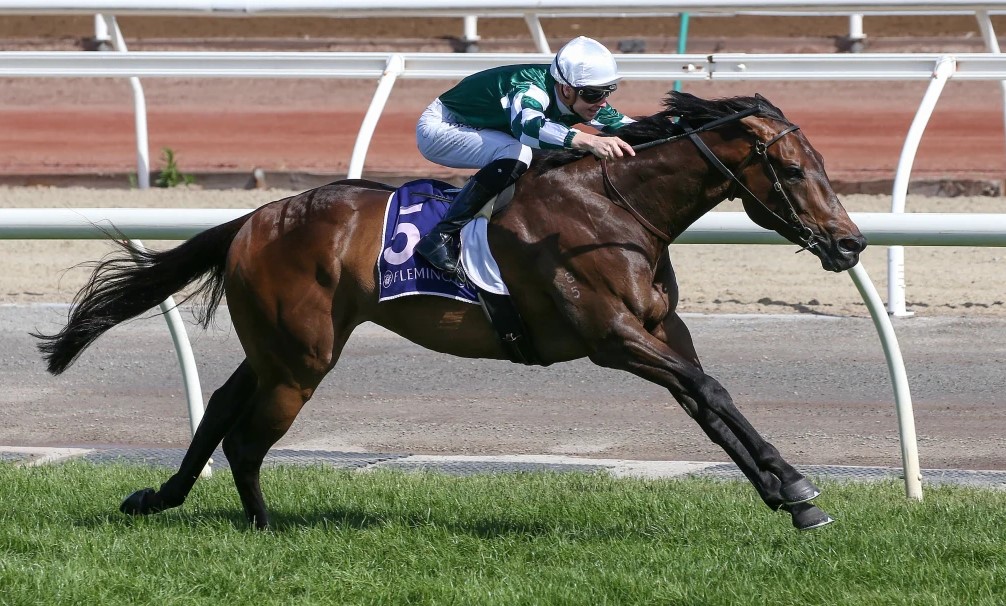