Scenic Lodge champion Blackfriars is warming up for another winning season with his current crop of three year-olds and the latest to emerge are last-start Belmont winners Sealed With A Kiss and Kia Ora Koutou.

The Dan Morton trained Sealed With A Kiss split a dead-heat decision in the Westspeed Hcp (1200m) on Wednesday and was unlucky not to win outright.  His jockey Pat Carberry protested against Key To Fame alleging interference but the objection was dismissed by officials.

Sealed With A Kiss (3g Blackfriars – Contiki Kiss by Scenic) is from the family G3 Scahill Stakes winner Pago Escort and was purchased by Peter Gangemi for $50,000 at the 2014 Perth Magic Millions.

“He’s still a work in progress,” Gangemi said.  “He’s immature mentally and physically and is still six months away.”

Sealed With A Kiss was bred and sold by Scenic Lodge general manager Jeremy Smith.  He has a 2yo brother named All Diamonds and their dam Contiki Kiss has a yearling colt by Blackfriars.

Odds-on favourite Kia Ora Koutou gave connections a fright before beating See Me Sizzle in the Westspeed 3YO Plate (1650m) on Saturday.  Trainer Adam Durrant is on record labelling the unbeaten Blackfriars gelding as potentially the best horse he’s ever prepared.

“I was very concerned at the 600m when he was off stride and hanging out,” Durrant admitted.  “But once balanced in the straight, he hit the line strongly and the second horse is a very smart animal.”

Blackwood is another unbeaten three year-old by Blackfriars and she has been in work with Fred Kersley at Ascot for more than a month.

Kersley and owner-breeder Neville Duncan have several spring and summer options for the filly who won four on end as a late-season two year-old.  She will head for a showdown against her own sex in the G3 Champion Fillies (1600m) on November 14 or take on the colts for double the prizemoney in the G2 WA Guineas (1600m) on November 21.

“She’s an exceptional filly,” Kersley said.  “I don’t know what the bottom is but I couldn’t have asked for anything more during her first prep.”

Blackfriars (Danehill) stands at Scenic Lodge for a $12,000 (plus gst) service fee. 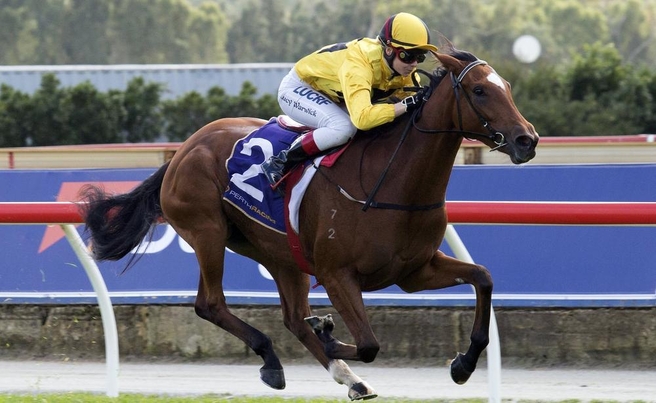