Heritage Bloodstock’s Paul Guy purchased the All Too Hard colt ($120,000) and Tavistock filly ($115,000) on behalf of Campbell and his partners.  “It’s our fourth year together,” Campbell said.  “We’re building year by year and we’re very happy with our buys.”

The All Too Hard colt is from Flemington stakes winner Penny Banger (Zedrich).  “He’s a second-crop foal and is big and athletic from a good family,” Campbell added.  “All Too Hard’s first yearlings went to the right homes and the foal could be worth good money next year.”

Another filly foal with a Blue Gum connection is the half-sister to Black Caviar and All Too Hard born at the Euroa property in October.  The filly is by Canford Cliffs who returns to Blue Gum Farm from Coolmore Ireland in August.

Seen only once last year when winning a Goodwood maiden in September, she has gone to another level this term finishing second in the Tattersalls Millions at Newmarket and fourth in the G3 Musidora Stakes at York before running a blinder for third in last month’s G1 English Oaks at Epsom.

Canford Cliffs had 8 yearlings from his second southern crop average $105,000 at the Inglis Melbourne Premier in March.  He will stand at Blue Gum for a $13,750 (inc gst) fee this year. 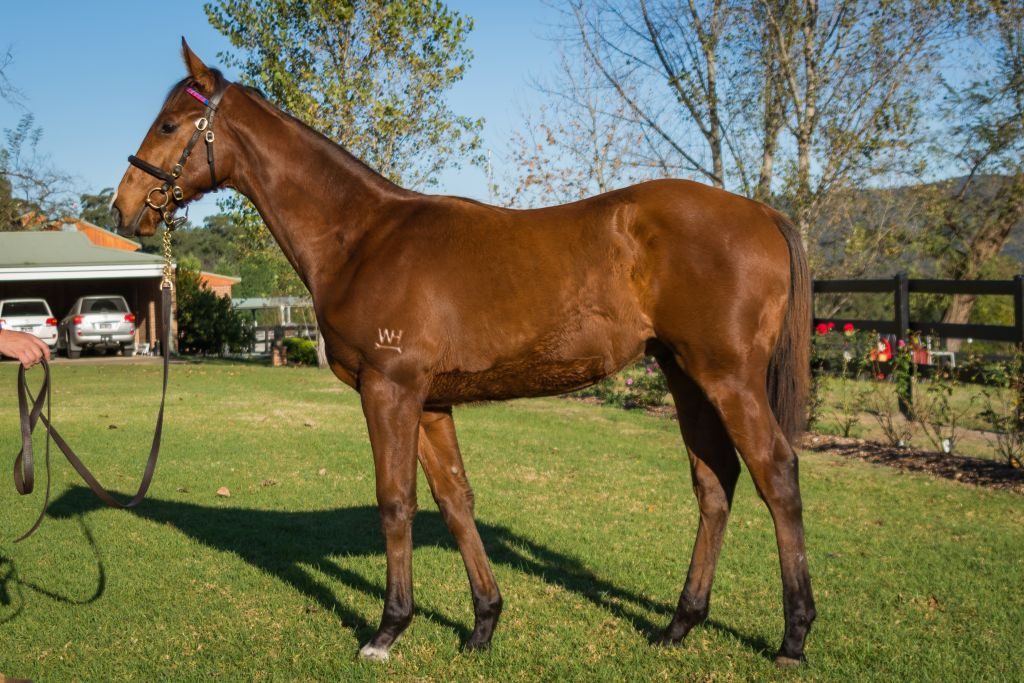 ALL TOO HARD – PENNY BANGER COLT