From Within completed a successful Caulfield Cup carnival for Blue Sky Bloodstock (FBAA) with a dominant victory in the LR Alinghi Stakes (1100m) on Saturday.

The Brisbane mare was coming off a hat-trick in the Sunshine State and seized her chance in the big-time for part-owners Emmanuel Bloodstock and Raffles Racing.  “It was a big call to bring her down this week,” trainer Toby Edmonds said.  “She had never been around Caulfield and wasn’t on the right leg today so there’s a stack of improvement ahead.”

Winning jockey Kerrin McEvoy said the mare’s gate speed allowed him to control the race up front.  “Toby has her in good form and she was just too strong for them.  A big thanks to Julian Blaxland and Tom Seymour from Blue Sky.  They do a good job.”

Blue Sky had won the G3 Thoroughbred Club Stakes (1200m) on the first day of the Caulfield carnival with Sunlight.  A top-class 3yo filly by Zoustar, she was targeted by Blaxland at the 2017 Gold Coast Magic Millions for an Aquis Farm syndicate and has turned a $300,000 price-tag into $2.37 million.

There were some close-calls for other Blue Sky graduates – Aquis Farm filly Fundamentalist was runner-up in the G1 Thousand Guineas and Siege Of Quebec flew home for third in the G1 Toorak Hcp.

Sunlight is on the second line of betting at $4.80 for the G1 Manikato Stakes this Friday night at Moonee Valley.  She will clash with Bluegrass Bloodstock (FBAA) star Malaguerra who has firmed from $11 into $9.

Bluegrass agent Lenny Russo notched another win at Morphettville on Saturday when Columbia benefited from a clever Todd Pannell ride in the HIT 107 Hcp (1200m).  The Denman gelding is raced by Dream Thoroughbreds and was knocked down for $90,000 at the 2016 Gold Coast Magic Millions.

In Perth, Agent Pippa earned a black-type promotion after her opening day victory at Ascot for Tony Cavanagh (FBAA) and owner Rod Menzies.  The daughter of Demerit is as fast as any 3yo filly in the west and she’s right in the mix for the G3 Prince Of Wales Stakes (1000m) on November 3.

Saturday’s results arrived on the back of a Pakenham treble for FBAA members on Friday.

Persuader was first cab off the rank for Sheamus Mills in the Kennards Hire Plate (1400m).  SMB bought the Zoustar filly on behalf of Heath Newton and she won like a $1.60 favourite should – cantering in the run before clearing out for Noel Callow for trainer Mick Price.

Accelerato (Fastnet Rock) relished the soft conditions for Louis Mihalyka and a Laurel Oak Bloodstock syndicate in the Highway Caravan Hcp (1200m).  The Tony Noonan-trained gelding is from Canadian stakes winner Dance To My Tune (Stravinsky) and cost $140,000 at the 2015 Inglis Melbourne Premier.

Mihalyka went back and bought his Deep Field half-sister for $82,500 at Oaklands in March.  She has been named Ruby Tuesday and is with Gary Portelli.

Akkadian (Nicconi) is a talented colt and he showed a great turn of foot to hit the line in the Sportsbet Racing Form Hcp (1400m).  Purchased by Boomer Bloodstock’s Craig Rounsefell for $110,000 at the Gold Coast Magic Millions, he is prepared by Matt Cumani and was only beaten a length when Group 3 placed in this year’s VRC Sires’ Produce Stakes. 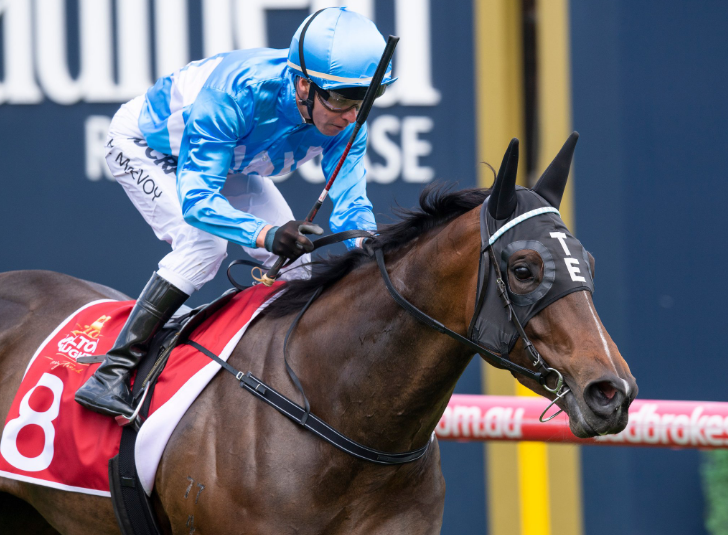