Godolphin galloper Kennedy will continue his career in Perth after making $60,000 at the Magic Millions Spring Racehorse Sale on Tuesday.

Bluegrass Bloodstock (FBAA) agent Lenny Russo bought Kennedy on behalf of Ascot trainer Chris Gangemi at the Gold Coast. The 4yo gelding won twice at Kembla Grange last year and was runner-up to subsequent Group 3 winner Siege Of Quebec at Rosehill in January.

Kennedy (Exceed And Excel) will go for a spell and return to work after the Ascot summer carnival. He’s from Randwick Group 2 winner Renaissance (Lonhro) and she is a sister to WA-based stallion Sessions.

Bluegrass buys Moss ‘N’ Dale (Castledale) and Call It A Day (Domesday) are both on hat-tricks this weekend.

Moss ‘N’ Dale won the Craig Opie Cup (1600m) at Moonee Valley and LR Tokyo City Cup (1800m) at Morphettville in September boosting his earnings to $645,930 since arriving from New Zealand. He has travelled to Sydney for the G3 Craven Plate (2000m) at Randwick on Saturday and trainer Peter Gelagotis believes he will be suited by the wet conditions and a right-handed track.

Call It A Day has won his last two over 1500m at Mornington for trainer Wez Hunter and has been entered for the DeBortoli Wines Hcp (1400m) at Cranbourne on Sunday. “All credit to Wez,” Russo added. “He has managed Call It A Day’s issues superbly with beachwork.”

Bluegrass Bloodstock’s star graduate Malaguerra (Magnus) is on track for a return to racing in the G1 Manikato Stakes (1200m) at Moonee Valley on October 26. He hasn’t been seen since jarring up badly in the G1 VRC Sprint Classic at Flemington a year ago.

“We’re very, very pleased with him,” stable manager Manny Gelagotis said. “He’s in great order, just like a couple of seasons ago when he was really lethal. We will present him nice and fresh in the Manikato.”

Malaguerra was a $32,000 Bluegrass buy at the 2013 Inglis VOBIS Gold Yearling Sale for owner Bruno Micallizzi. His current bank-balance totals $1.71 million and the Manikato is worth another $600,000 to the winner. 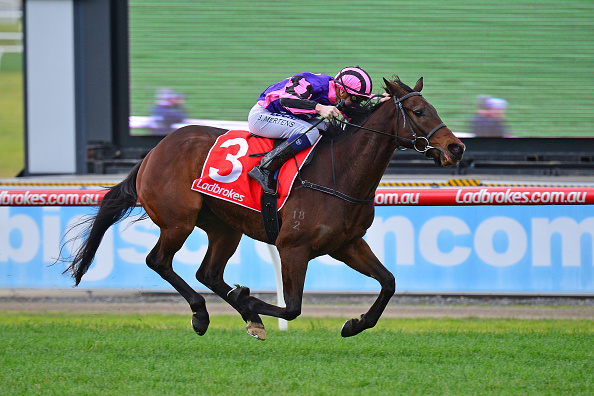