More Than Ready colt Catholic Boy will be set for a Group 1 assignment after returning from a break to win the Pennine Ridge Stakes Gr.3 at Belmont on Saturday.

Catholic Boy had been on the Kentucky Derby trail earlier this year until a disappointing fourth in the Florida Derby Gr.1.  Given time to recover by trainer Jonathan Thomas, he turned back the challenge of undefeated colt Analyze It for a narrow neck victory over 1800m

“He’s been nothing but reliable.  We came into the race thinking we were going to finish second to Analyse It because this horse wants more ground.” Thomas said.  “I’m proud of his effort and his tenacity.”

Catholic Boy (3c More Than Ready – Song of Bernadette by Bernardini) will step up in trip for the $1.20 million Belmont Derby (2000m) which will be run for the first time on Saturday, July 7.  “The Belmont Derby is a great addition to the racing scene,” Thomas added.  “Essentially, it’s a turf classic, and it’s been on our radar screen since late last year.”

Catholic Boy won the With Anticipation Stakes Gr.3 at Saratoga last August and then recovered from a tardy start to finish fourth in the Breeders’ Cup Juvenile Turf Gr.1 at Del Mar.  He signed off as a two year-old with a powerful four-length victory in the Remsen Stakes Gr.2 at Aqueduct in December.

“I didn’t think he would win when we were checked at the top of the stretch,” jockey Javier Castellano said.  “I was just riding for second place, but Analyze It started to stop and my horse continued, continued, continued.  He’s all heart.”

The latest black-type arrived two days after a mare in foal to More Than Ready was knocked down for $400,000 at the Magic Millions National Sale.  Rhema (Fusiachi Pegasus) was purchased by China Horse Club and the resultant foal will be a full sibling to Always Alison (Sweet Embrace Stakes Gr.2).

Rhema is a half-sister to Benicio who opened More Than Ready’s Australian Group 1 account in the 2005 Victoria Derby.  The Vinery legend stands for a $66,000 (inc gst) service fee. 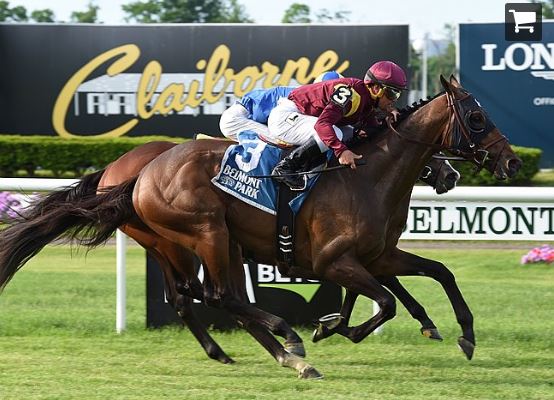