The dogs were barking Bragwell before his return to racing on Monday and he repaid punters with a promising victory in the Free Entry To Belmont Park Maiden (1200m).

Backed into flip-of-the-coin odds, the first-crop son of Darling View Thoroughbreds sire I’m All The Talk was always travelling like a winner right behind the speed.   Once balanced in the straight, stable jockey Shaun McGruddy sent him surging through a gap to defeat front-runners Hell’s Belle (Magnus) and Doowahdiddy (Blackfriars).

Bragwell (3g I’m All The Talk – Princess Hallowell by Oratorio) was resuming following a debut second to unbeaten youngster Reign Of Fire at Belmont in June.  “The winner was too good that day but we were teaching him to settle and he got home well,” McGruddy explained.  “It was more of an educational run and he jumped much better today.”

Trainer Steve Wolfe and Commercial Bloodstock’s Noel Carter bought him for $35,000 from Mungrup Stud at the 2019 Perth Magic Millions.  He’s the first foal of a mare who won two nurseries at Ascot for Trevor Andrews.

“This fellow is a really nice type and he got the job done first up,” Wolfe said.  “He has a bright future so hopefully it’s onwards and upwards.”

Wolfe is also looking forward to the carnival with his I’m All The Talk filly Watch Me Dance who was named WA 2YO Racehorse of the Year for 2019-20.  She was a $34,000 buy for Wolfe and Carter and earned over $360,000 for a ladies syndicate last season following a Group 3 victory in the WA Sires’ Produce Stakes.

“I was going to buy Garbo’s Storm from her family years ago,” Wolfe recalled.  “I got outbid so I wasn’t going to miss this filly.”

Watch Me Dance was beaten six lengths by Clairvoyance first-up after being fractious in the barriers and laying out in the straight but Wolfe is confident she can rebound.  “She’s the real deal and it’s going to take a good horse to beat her in the Champion Fillies.” 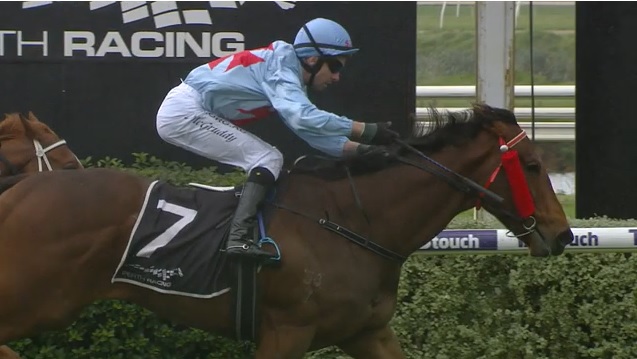