The War Chant (USA) gelding had been close-up without winning at his first two starts at Sha Tin this season prompting Callan to suggest he might be better if switched to Happy Valley.

Trainer Manfred Mann agreed and Top Laurels did the rest for his first win since arriving from Australia.  “He’s been running well at Sha Tin but the pace of races there has been stop-start and he’s been carrying his head high and getting keen,” Callan told SCMP.  “He did get a bit keen again when I dug him out of the gates tonight but he was okay once I got behind one.”

Mann and Callan have also tried a few tricks to get Top Laurels more relaxed in the mornings.  “He raced in a hood in Australia and he’s been training in one here.  But we take it off on race day.

“He’s a talented horse, his trials were enormous, and hopefully there’s more in store.”

Top Laurels was bred and sold by Gold Front Thoroughbreds for $200,000 at the 2014 Perth Magic Millions.  He was initially raced by Stallion Racing’s David Raphael who rated him the best colt of that year’s Sale.”

Registered as Suborics in Australia, he won 4 times in 10 starts topped by a Rosehill victory before shipping off-shore.  His dam Innsbruck (Commands) is a half-sister to 2014 Magic Millions 2YO Classic winner Unencumbered.

Champion Yarradale Stud sire War Chant has Dainty Tess primed for the G3 Colonel Reeves Stakes (1100m) at Ascot on Saturday, however, his Group 1 winning mare Silent Sedition will not be travelling to Perth for the TABtouch Masters.

“Katelyn (Mallyon) couldn’t offer any explanation for the disappointing performance,” Noblet said.  “A post-race vet exam failed to reveal any abnormalities other than she lost an off-hind plate in running.

“We sent her for more tests and they came back clean.  It just may be that she’s a better mare in the autumn.” 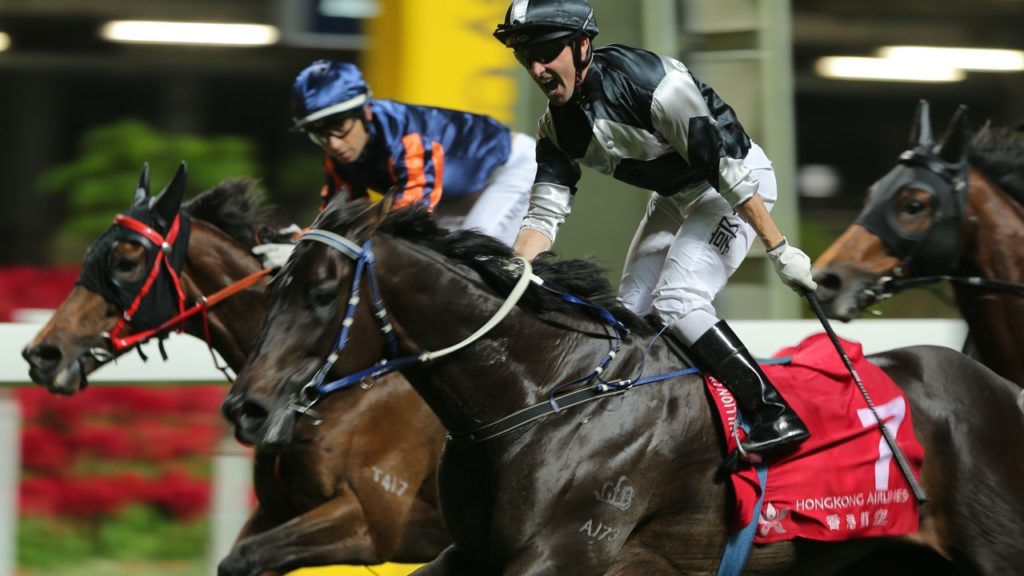