His promising 3yo Casino Princess not only broke through at her second start in the Gartshore Construction Maiden (1400m), she bolted in by the best part of 8 lengths on a heavy track at Tauranga,

Part-owned and trained locally by veteran handler Cliff Goss, she started a $4.80 second favourite followed an unlucky debut when stewards reported she was away awkwardly then crowded, steadied and held up until late.

“I walked the track and thought it would be pretty tough against the rail,” Goss said.  “I told Niranjan (Parmar) to make sure he could get into clear air out wider, and he did that nicely.

“He did say the filly wasn’t really handling the ground that well, so she has done it on natural ability.  I think she can go on and win a few more, especially when she steps up to a mile.

“I always like to give them an easy time after they race, so she will have about ten days on the water walker before we get serious.  There’s a suitable race for her at Te Rapa in May.”

Casino Princess is from Sonsy (Thorn Park) who won at Te Rapa and Matamata.  Her pedigree is awash with black-type going back to Melbourne Cup Champion Empire Rose (Sir Tristram).

Sonsy’s final foal Guitar Man (Zacinto) was placed on debut in a Riccarton nursery an hour after Casino Princess won at Tauranga.

Casino Prince (Flying Spur) retired to stud in 2008 after a career that improved season-by-season starting with the AJC Skyline Stakes Gr.3 at two.  Trainer Anthony Cummings sent him to Melbourne to win the MVRC Alister Clark Stakes Gr.2 at three and he stood tall at the elite level in the AJC Chipping Norton Stakes Gr.1 at four.

Casino Prince’s roll-call of 22 Stakes is headed by Vinery’s Group 1 racehorse and sire All Too Hard.  Overall, his 400 winners have won a total of 1582 races at a lofty 69% strike-rate. 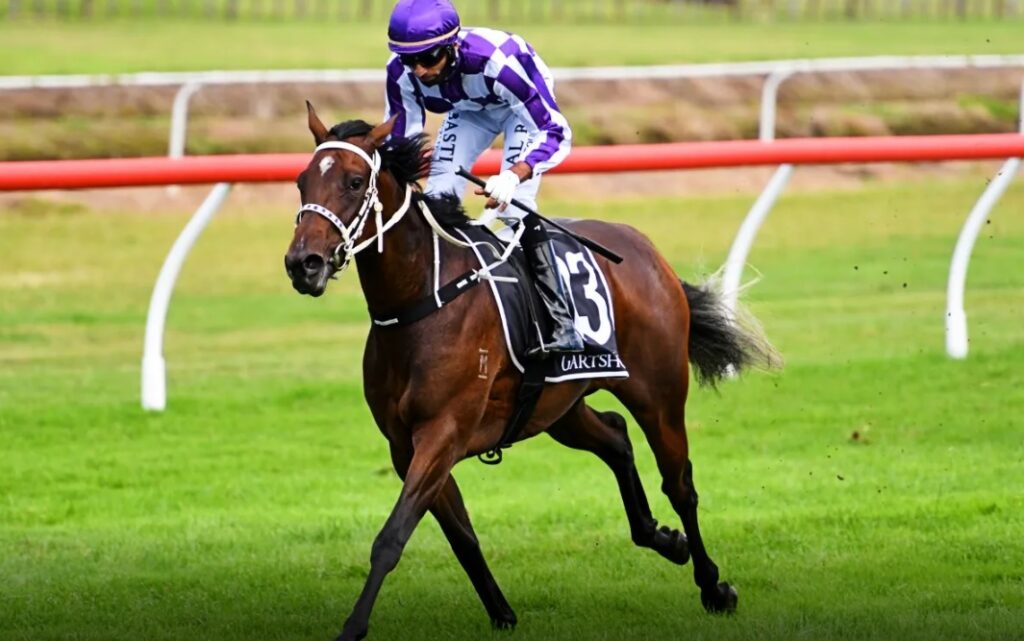