In-form jockey Noel Callow was pleasantly surprised when he jumped aboard the Mick Price-trained colt Castleton at Sale on Sunday.

Castleton is the fifth winner in as many days for red-hot Vinery stallion All Too Hard following Superhard, All Come True, Waimea Bay and Lakota.  He improved off a promising run second-up at Sandown in August to bolt in for a syndicate that includes Peter Moody and Baggy Green Racing manager Simon Watson.

“I haven’t had anything to do with him before today,” Callow said after the colt stepped up to 1600m in the Sale Water Specialists Plate.  “I looked at the tapes and he ran a couple of even races last month.

“He got the right run and I was looking over my shoulder for dangers.  I was pretty confident that he was ready to swoop in the straight.  He quickened and then held them easily.”

All Too Hard has started this season at speed with 8 individual winners since August 1.  He has also established an early lead on the second-season ladder with earnings of $243,000 from second-placed Your Song ($144,000).

Castleton cost $170,000 from Raheen Stud at the 2016 Gold Coast Magic Millions and holds entries for the Caulfield Guineas-Gr.1 and Caulfield Classic-Gr.3 in October.  His dam Exquisite Art (Redoute’s Choice) won at Moonee Valley and is a daughter of 2002 Australian Champion 2YO Filly Victory Vein.

Exquisite Art was a bargain buy for Raheen Stud owner Basil Nolan.  She was initially sold for $625,000 as a yearling but was left in limbo when that deal soured and didn’t go under the hammer again until she was a rising 3yo at the 2009 Magic Millions National Sale.

Entering the ring as a repossessed lot, she was knocked down for a final bid of just $125,000.

In light of his tremendous start to the season, All Too Hard is another bargain at a $44,000 (inc gst) service fee at Vinery Stud. 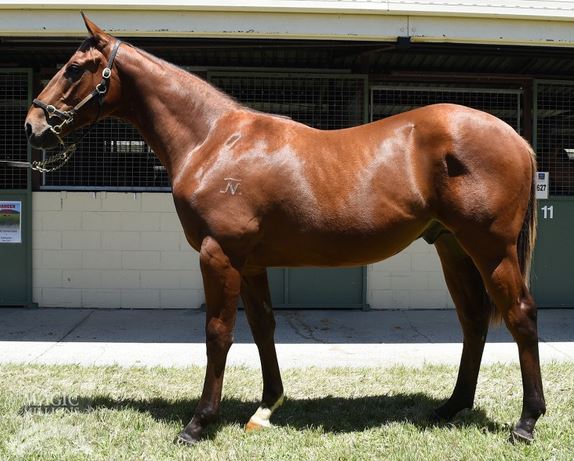