Sheikh Mohammed’s classic ambitions for 2014 received a body-blow when his unbeaten colt Piping Rock succumbed to colic on Monday.

The Dubai ruler had only purchased the Dubawi colt in November.

Piping Rock (2c Dubawi – Anna Oleanda by Old Vic) was among the early favourites for the English 2000 Guineas in May.  “The vets did everything possible,” trainer Richard Hannon jnr said.  “He hardly came off the bridle when winning all three of his races and was a genuine classic colt.”

Piping Rock broke his maiden at Ascot in July for owner-breeder Bob McCreery.  He doubled up at Salisbury before taking the G3 Horris Hill Stakes at Newbury in October.

His older half-sister Middle Club (Fantastic Light) was a Group 3 winner in France and was runner-up in the 2010 Italian Oaks.  Another half-sister Anna Royal (Royal Dragon) was stakes placed in Germany and Italy.

Juddmonte Farms colt Kingman (Invincible Spirit) and the Coolmore duo of Australia (Galileo) and War Command (War Front) went into the winter recess at the head of English 2000 Guineas markets. 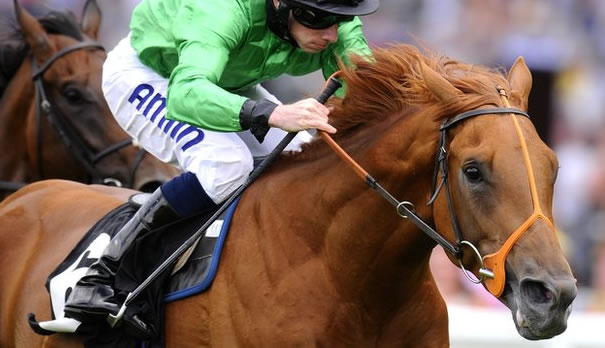