Champion sire More Than Ready completed an Inglis Classic Sale to remember for Vinery Stud when he topped the averages at $176,667.

More Than Ready’s most expensive yearling was the colt from Starwish (Redoute’s Choice) purchased by Kelly Schweida for $300,000 on Sunday.  “I’m a fan of More Than Ready and this one looks like a runner,” Schweida said.  “I trained Better Than Ready and he broke Northern Meteor’s track record at Randwick.

“I was running on empty at $300,000 but it’s certainly a lot easier than the Magic Millions.  It was crazy up there.”

Starwish is an unraced daughter of G1 Australia Stakes winner Stella Cadente and her 3yo gelding Deep Image was runner-up to Winning Rupert on debut in the LR Gold Edition Stakes before bolting in at Doomben last month.

The More Than Ready colt was bred in New Zealand and was offered (as agent) by Henley Park owner Sarah Devcich.  “We were confident because there were a lot of good buyers on him,” she said.  “He’s very well put together and looks like the real deal.”

Mossman was also in demand with all of his Classic Sale yearlings finding new homes at an average of $96,000.  The colt from Brilliant Snitzel topped the lot when making $180,000 to the bid of China Horse Club and WinStar Farm.

Vinery’s Mossman – Attunga Sue colt was next best after Sun Bloodstock saw off some spirited opposition with a final bid of $170,000.

All Too Hard’s colt from LR Gimcrack Stakes winner Hussousa (Husson) was purchased for $140,000 by Liam Birchley during Saturday night’s Gold Riband Session.  Another All Too Hard to make good money was the colt from Brave Soul (More Than Ready) bought by Blue Sky Bloodstock for $130,000.

Myboycharlie weighed in with a six-figure sale when his filly from Sassy Vixen changed hands for $150,000.  Her older half-sister Sassy Tycoon won a 55 Second Challenge at Moonee Valley and is still going strong since transferring to the Gold Coast.  She was last seen completing a hat-trick for Mel Eggleston in December.

Vinery sires put the finishing touches on a successful weekend on Monday when Frolic (Husson) defeated Sweet Deal (Casino Prince) in the RL Inglis Classic (1200m) at Randwick.  The two fillies have already paid their way for trainers Michael Freedman and John Thompson after carving up $221,250 in prizemoney. 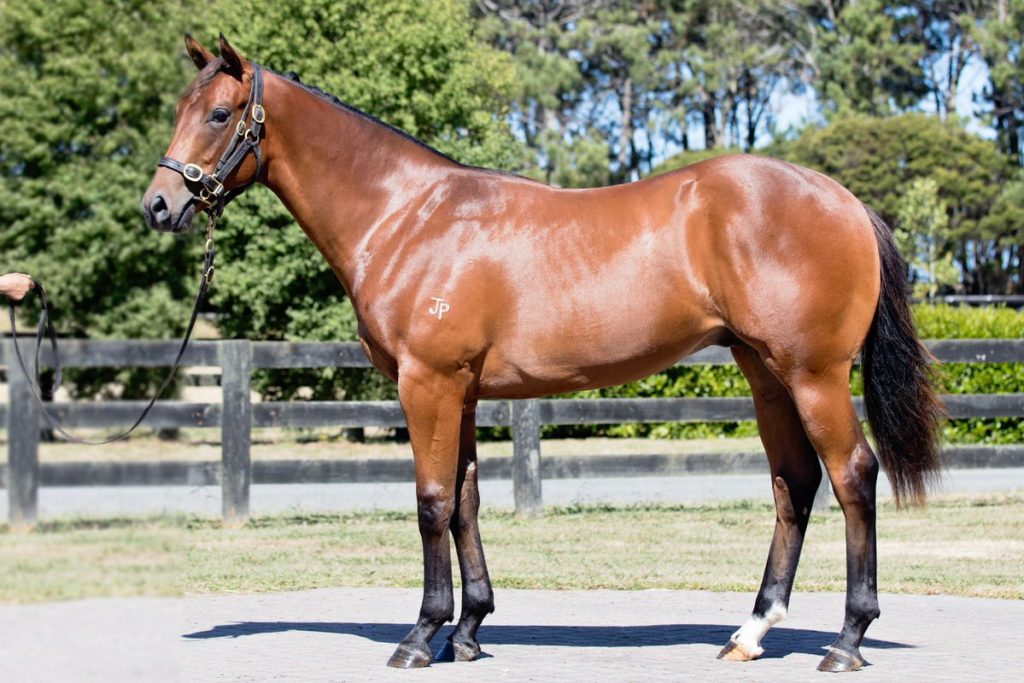 CLASSIC COLT
Son of More Than Ready topped the leader-board at $300,000