Pluck (USA) colt Cogliere has qualified for the $400,000 Country Championship Final at Randwick on April 1.

The Port Macquarie based galloper booked his berth after a quick trip down the Pacific Hwy to win the MNCRA Country Championships Qualifier (1400m) against older horses at Taree on Sunday.  The TAB reacted by trimming his pre-post quote to $15 for the Final.

“I was worried when the rain came but I never lost faith in him,” trainer Marc Quinn stated.  “He’s a really good horse.”

Cogliere (3c Pluck – Final Star by Delago Brom) swamped the leaders down the centre of the track at Taree to score by a long-neck from Shotgun Roulette (Casino Prince).  He’s won 4 times in 12 starts and that stat includes a Highway Hcp victory at Randwick last month.

“I’ve got to thank Coffs Harbour for letting me give him a jump-out on Tuesday,” Quinn added.  “And he felt tremendous during a trot and canter on the sand track this morning.

“The Country Championship has been a six-month plan and we will have to give him another run between now and the Final,” Quinn continued.  “When he ran fourth in the Inglis Classic last year, Hugh Bowman jumped off and said he needed time and longer distances than 1200m.”

Cogliere had opened Pluck’s account at stud in a Coffs Harbour juvenile this time last year.  Since then, the Vinery resident has sired the winners of 36 races in Australia & NZ and is closing quickly on $1 million in earnings.

Winning jockey Andrew Adkins was pleased to win on a horse trained by his former master.  “Marc has done a marvellous job with this horse.  He’s been a great horse for me, too.  I helped break him in and he keeps improving every start.

“He’s got a nice future and has to be a big chance in the Country Championship Final.”

Holbrook Thoroughbreds bred and sold Cogliere for $22,000 at the 2015 Inglis Classic Summer Book.  He’s from a half-sister to the dam of Melbourne Group 3 winners Nediym’s Glow (General Nediym) and Red Colossus (Testa Rossa).

Final Star returned to Vinery last year where she was covered by exciting newcomer Headwater. 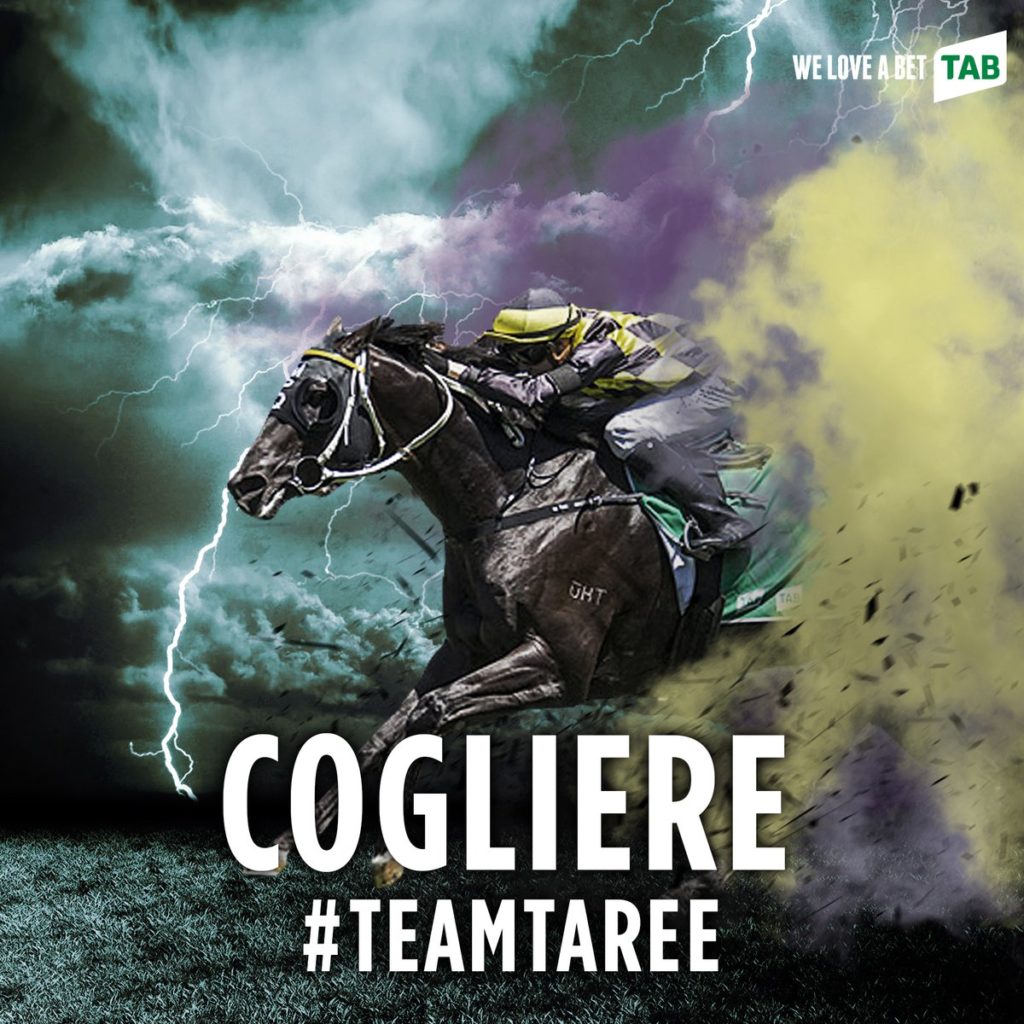