A homebred for Bob and Sandra Peters, he is the 61st stakes winner for Vinery Stud sire Testa Rossa.

The Perth couple had won the G3 WA Oaks with Vinery graduate Very Tempting last week but she was denied a classic double in the G2 WA Derby when runner-up to Gatting on Saturday.

Dark Alert (5g Testa Rossa – Storm Alert by Metal Storm) was ridden on the pace by William Pike and raced away in the straight to score by almost three lengths.  He turned the tables on Material Man after being beaten by the odds-on favourite in the AHA Cup and Bunbury Cup last month.

Trained by Geoff Durrant and Jason Miller, Dark Alert broke his maiden at Pinjarra in March 2015 and raced through the classes winning four in a row at the Ascot summer carnival last year.

His dam is a half-sister to Testa Rossa stakes winner Ranger (G2 Lee-Steere Stakes) and Hardrada (G1 Railway Stakes).  Second-dam Marrich Bay is by Old Spice, a successful Kaoru Star stallion that Peters stood for many years at Clairefontaine Stud.

Peters also bred and raced Ranger.  “Testa Rossa is best known for his sprinters like Ortensia and Rostova,” he explained.  “But he’s sired stayers like Testafiable who won a South Australian Derby.” 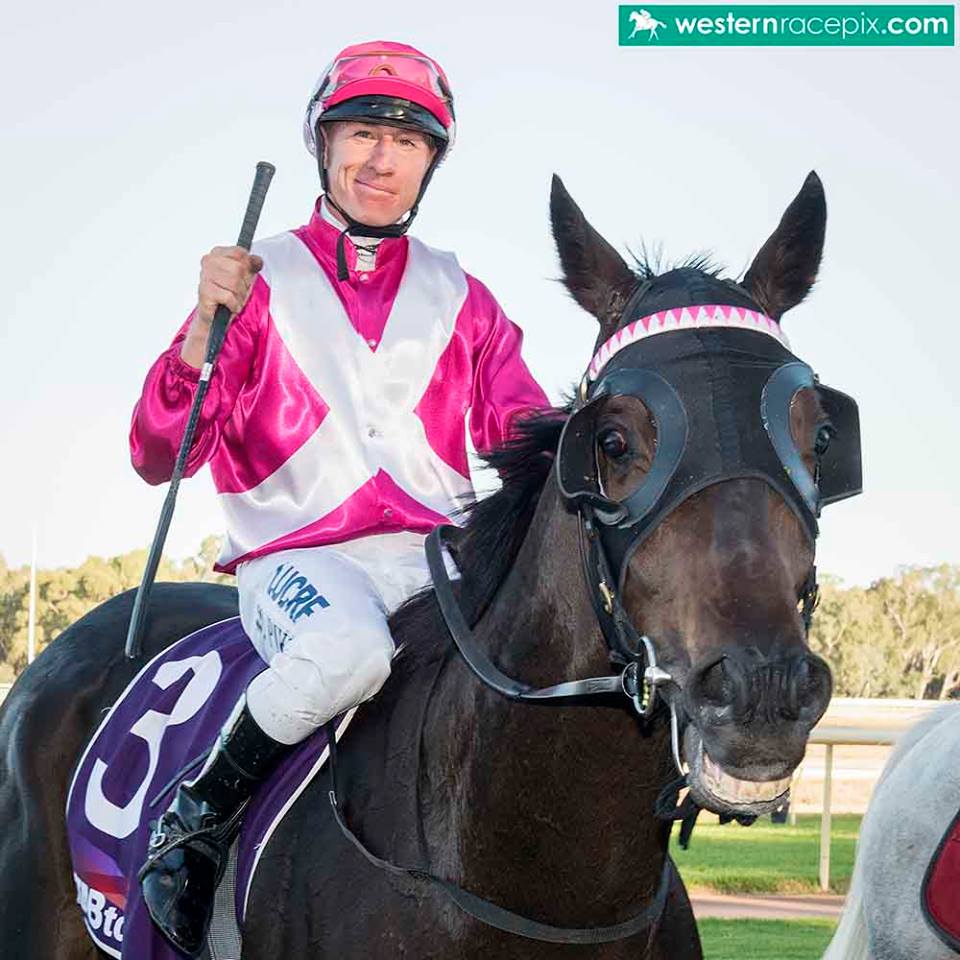 Dark Alert smiles for the camera at Pinjarra