Unbeaten Medaglia d’Oro colt Vancouver has continued the domination of the Darley stallions in the world’s richest race for two-year-olds, the G1 Golden Slipper at Rosehill.

In winning the $3.50 million event on Saturday, Vancouver became the fourth Darley-sired winner of the race in the last five years following the victories of Sepoy (Elusive Quality), Pierro (Lonhro) and Overreach (Exceed And Excel).

Last year’s winner Mossfun, who narrowly defeated Exceed And Excel filly Earthquake, is the only Golden Slipper winner in the last five years not by a Darley stallion.

After starting from the outside barrier, jockey Tommy Berry positioned Vancouver just behind the speed but importantly with cover.  He came to the centre of the track on straightening and powered home to record a brilliant victory, remaining unbeaten in four career starts and becoming the first Australian-bred Group 1 winner for his sire.

Skates produced a colt by Pierro in the spring before again being covered again by Medaglia d’Oro.  Sadly, Vancouver’s G1 winning second-dam Skating died at Segenhoe Stud during the week.

Medaglia d’Oro is by Sadler’s Well sire El Prado and is the sire of 13 Group 1 winners worldwide including Horse of the Year Rachel Alexandra, as well as Marketing Mix, Plum Pretty and recent Gulfstream Park Turf Hcp winner Mshawish.

He has 12 yearlings entered for next month’s Inglis Easter yearling sale in Sydney. 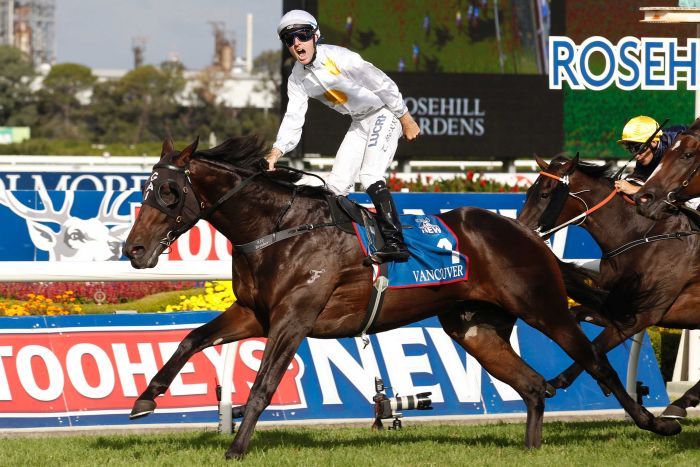