Hong Kong sprinter Decisive Twelve was a decisive winner for All Too Hard when the Happy Valley season opened on Wednesday.

Decisive Twelve made every metre in front for Alexis Badel to defeat Smiling City (So You Think) who made little impression on the winner in the straight.  The Shek O Hcp (1200m) followed two Sha Tin wins earlier this year for trainer Chris So and Megafolks Syndicate.

“We had a good start last year and it’s important we do it again,” So said.  “I thought Decisive Twelve had a good chance from the draw.  He’s more solid now and did well in his trial.  The 1200m also suited him fresh.”

Decisive Twelve (5g All Too Hard – Kamarla Rose by Nadeem) has earned the equivalent of AUD622,675 since arriving in Hong Kong.  Bred by Jeff Allis, he’s from a sister to Golden Pendant Gr.3 winner Sharnee Rose and was pinhooked for $100,000 at the 2018 Inglis Melbourne Premier Yearling Sale.

Sent to Sydney six months later, his value increased to $260,000 when So picked him out of the Stonehouse Thoroughbreds draft at the Inglis Ready2Race Sale.  “I like All Too Hard and this one was on the radar with lots of agents ringing me after he breezed at Cranbourne,” Stonehouse owner Ryan Arnel said at Riverside Stables.  “He’s well put together with a beautiful action and there’s plenty of black-type on the page.”

All Too Hard has sired 9 individual winners in Hong Kong headed by Group 1 winner Wellington who is back in work for the Longines Hong Kong Sprint (Gr.1, 1200m) on December 12.  Trainer Richard Gibson gave him an up-tempo gallop across the Sha Tin all-weather on Monday.

Closer to home, the Vinery champion’s Group 1 winner Forbidden Love will tackle the Sheraco Stakes (Gr.2, 1200m) at Kembla Grange this Saturday.  She will jump from a wide gate shouldering top-weight of 58kg in the build-up to the Epsom Hcp (Gr.1, 1600m) on October 2.

Sydney could also see his Queensland-based star Alligator Blood in action during the spring carnival after it was announced he wouldn’t be heading further south to Melbourne.  “With the border restrictions and quarantine, it just wasn’t practical,” trainer Billy Healey said.  “He came through that first-up run in the Goldmarket terrific and will trial at Doomben next Tuesday.  We will then sit down and decide whether to take him down to Sydney or give him a quiet time before the Magic Millions carnival.” 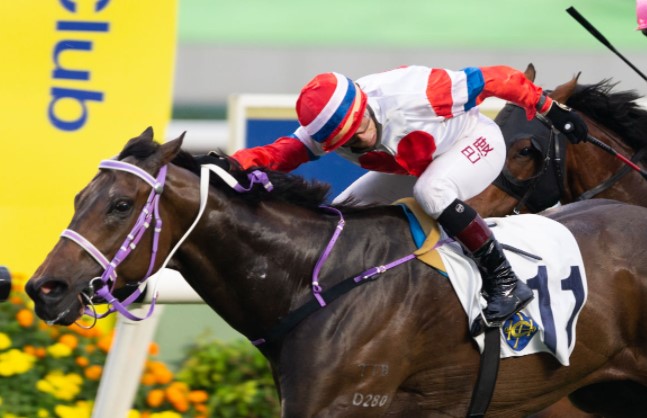