Darley shuttler Epaulette chalked up his first winner at Maisons-Laffitte on Tuesday.

His daughter Fas Le Fios prevailed by a short neck in the Prix de Rueil (1000m) for Berkshire-based trainer Stan Moore.  She had been unplaced at her first two runs at Newcastle and Saint-Cloud.

Epaulette (Commands) shuttles from Ireland (Kildangan) to NSW (Kelvinside) after a career that garnered Group 1 victories in the Golden Rose Stakes and Doomben 10,000.

Fas Le Fios (2f Epaulette – Saffa Garden by King’s Best) began making headway at the 600m point and kept on well after hitting the front at the furlong.  She is out of a half-sister to European Group 1 performers He’s A Decoy and Danetime who both stood at stud in Western Australia.

Epaulette stands at Kildangan for €7,000 (AUD 10,105) and Kelvinside for $22,000.  He’s a half-brother to fellow Darley shuttler Helmet who was the first freshman off the mark in England last year.

The first Australian Epaulette yearlings sold to $260,000 at the Gold Coast Magic Millions. 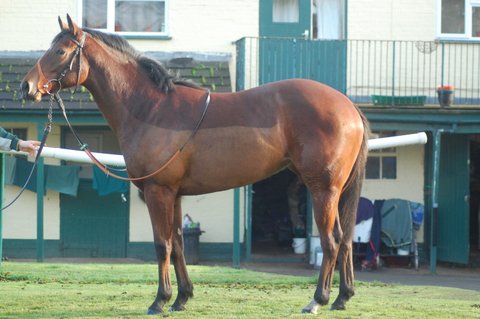