Vinery freshman Press Statement sired the fourth 2yo winner from his first-crop when Equation cruised home at Randwick on Wednesday.

Racing for just the second time in a 1100m nursery, he ranged up to the leaders with a finishing burst that had jockey Tommy Berry promising the best is yet to come from the well-bred youngster.  “I have a pretty big of opinion of this colt and was a bit deflated when he was unplaced here first-up,” Berry recalled.  “In hindsight, it was a hot field and he got a bit lost on the wrong part of the track.

“He travelled much better today and didn’t lose his compass coming around the corner.  That first run switched him on and I was able to hold him up and then finish them off in the straight.  He’s a progressive young horse and will develop into a nice type next season.”

Equation (2c Press Statement – Purcentage by Onemorenomore) won by more than two lengths from Falcon (Not A Single Doubt) and Sharpshooter (Hinchinbrook).  He was bred by China Horse Club and cost Aquis Farm $110,000 at the 2018 Magic Millions National Foal Sale.

Vinery had sold his dam Purcentage as a foal for $105,000 at the 2012 Magic Millions National Sale and she won a NZB Pearl Series (1200m) at Avondale and placed in a LR Ryder Stakes at Otaki.

Equation is trained by Ciaron Maher & David Eustace and their Sydney stable manager Annabel Neasham is also looking forward to campaigning him as a 3yo.  “We may have raised the bar a bit high first-up in a Saturday race and he will take plenty of confidence from today.  They kicked up inside of him so it was a good ride by Tommy to sit back with cover.”

Champion trainer Chris Waller won the 2015 J J Atkins Stakes with Press Statement and is hoping 2yo colt Spokesman can emulate his sire in the highly-prized Group 1 at Eagle Farm this Saturday.   He races for Star Thoroughbreds and won at Canterbury and Warwick Farm before travelling to Brisbane. 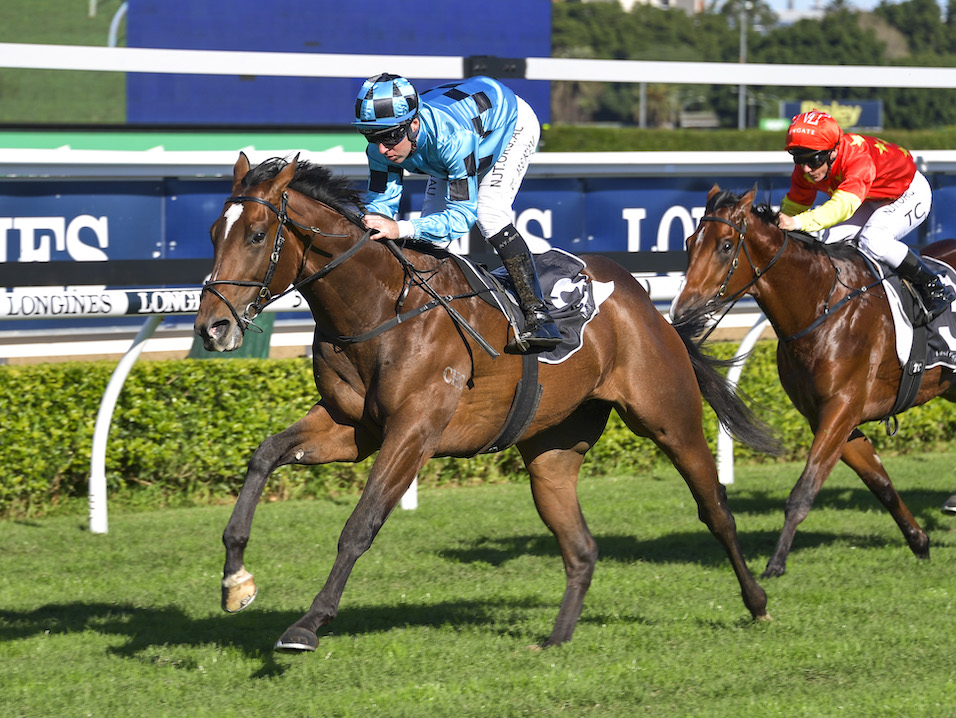