Vinery General Manager Peter Orton said the decision was made after discussions with Team Hawkes. “Quite apart from the uncertainty surrounding racing, the time is right.  He had nothing left to prove.  He won the colts’ grand-final in the Coolmore Stud Stakes at Flemington.  He’s a supreme athlete and a really exciting addition to our roster going forward.”

Exceedance is a son of Exceed And Excel who was raised at Vinery.  “I’m a big fan of the sireline and Exceedance caught our eye with his presence and attitude as a yearling,” Orton recalled.  “He looked a beautiful mover with a great eye and plenty of scope to keep developing.”

Exceedance demonstrated his natural talent on debut as a juvenile when winning in a spectacular last to first performance.  The race commentator portrayed the win in dramatic fashion as what was unfolding in front of him took place.  “Exceedance is rocketing home, look at this, Exceedance what a win on debut, he came from a minute back!”

Tommy Berry was just as impressed second-up when the colt just failed to catch Splintex over 1100m at Rosehill.  “He’s one of the nicest young horses I’ve ever ridden,” Berry declared in defeat after he clocked an amazing 32.21s for the final 600m.  “He kept quickening in the straight and could be anything!”

That blistering turn of foot was palpable when Exceedance returned the next season in devastating form against what has been described as the best crop of three year-olds in generations.  During the Spring he won the Group 3 San Domenico Stakes over 1100m first-up leaving boom colt Bivouac and Anaheed behind him.

“I told Tommy to ride like he was on the best horse and let him do the rest,” co-trainer Michael Hawkes said.  “That was only his third start.  He’s a very exciting colt and made it look easy.”

He added to his record with placings in the Group 2 Run To The Rose and Group 1 Golden Rose over 1400m, again flashing home late in amazing sectionals.

The stage was then set for the Group 1 Coolmore Stud Stakes, which has launched the stud careers of Zoustar, Merchant Navy, Flying Artie, Brazen Beau, Star Witness and Northern Meteor in recent years.

Despite being checked at the start, Exceedance fulfilled his potential with a powerful finish to defeat Bivouac in the straight-six championship at Flemington.  “We were banged up between two others out of the barriers,” winning jockey Dwayne Dunn explained.  “But John Hawkes told me he would win it in the final 200m – not the first 400m.  I decided to get on the back of Bivouac and it worked out perfectly.

“All credit to the horse, he looked after me once things went wrong early.  He travelled up nicely and I knew what was under the bonnet.  He’s got a great attitude and can really accelerate.  He’s from a high-class family – I rode his mother to win a Stakes race in Adelaide.”

Exceedance is the first living foal out of NZ-bred mare Bonnie Mac (Thorn Park).  She won a Proud Miss Stakes LR at Morphettville and is one of four black-type winners from Gold Class (Gold Brose).

“That was extra special in the Coolmore,” Orton added.  “He’s a super horse and it’s been a great season for 3yo colts with Exceedance, Bivouac and Yes Yes Yes.

“He relaxed and settled in straightaway after floating up from Sydney last weekend.  We knew he had talent from the outset but what he achieved in just 9 starts was amazing.”

A service fee for Exceedance will be announced in the near future along with the other Vinery Stud stallions. 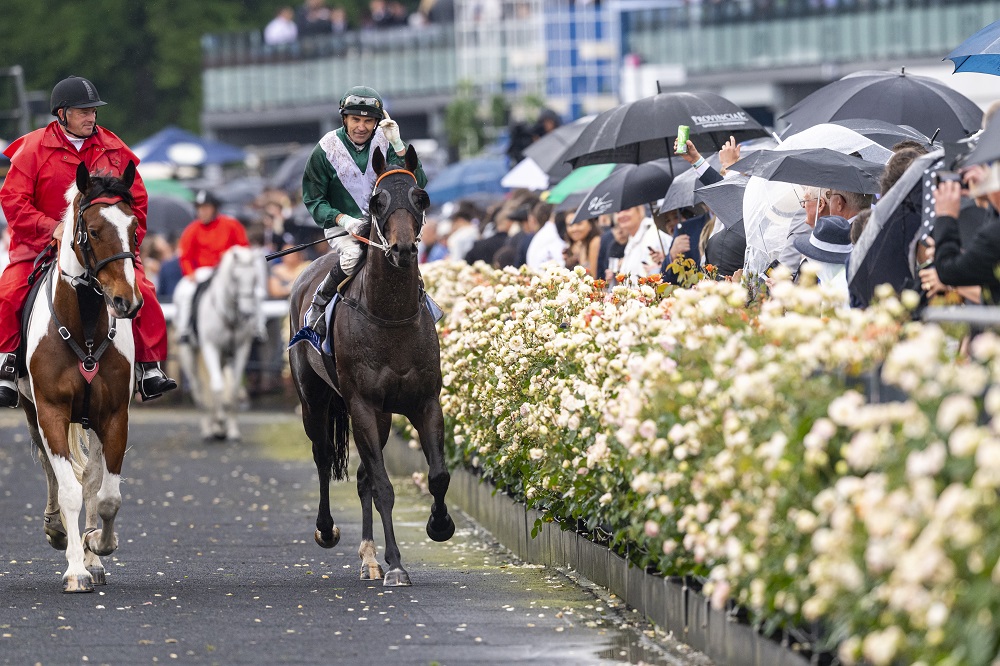