It staked his claim for a Group 1 campaign next season starting with the $1 million Golden Rose at Rosehill on September 28. It also franked his versatility following an on-pace victory first-up at Kembla Grange last month.

The unbeaten Exceed And Excel colt was a $200,000 buy for Bill Mitchell out of the Fernrigg Farm draft to the 2018 Gold Coast Magic Millions. His French stakes-performed dam Procrastination (Pivotal) is a daughter of Australian Group 2 winner Dilly Dally (Rubiton).

“We might give him a let-up and have a crack at some of the better races in the spring,” co-trainer Michael Freedman said. “He’s always shown ability but is still a work in progress.

“There didn’t look to be a lot of pace in the race and we thought he might have been up front again. But when he didn’t begin well, Brenton (Avdulla) took the option to take a trail and finish off.”

An hour later, Our Mantra doubled up for Mitchell Bloodstock in the Des Lambart Memorial (2200m) at Doomben. He had the run of the race and was too strong at the finish to make it three wins and a second from his past four starts.

Our Mantra had been nominated for the LR Queensland Cup (3200m), however, co-trainers Chris Anderson and Robert Heathcote elected to run him over a shorter journey. He was a $180,000 buy for Bill Mitchell from Attunga Stud at the 2016 Gold Coast Magic Millions.

A son of Sebring, he is the fifth winner from NZ-bred mare Truly Elegant (Scenic) and has now banked $232,500.

Beat The Clock was named Hong Kong’s Champion Sprinter for 2018-19 last week. The Hinchinbrook gelding continued to be a model of consistency – he has never been out of a place in 21 starts for trainer John Size earning HK34.97 million (AUD 6.42 million). 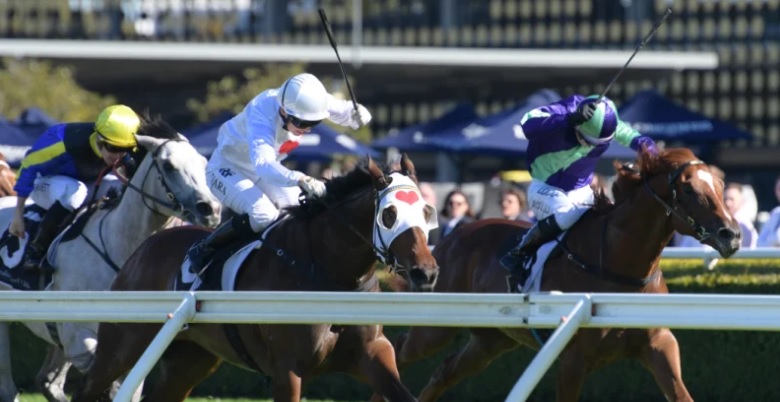